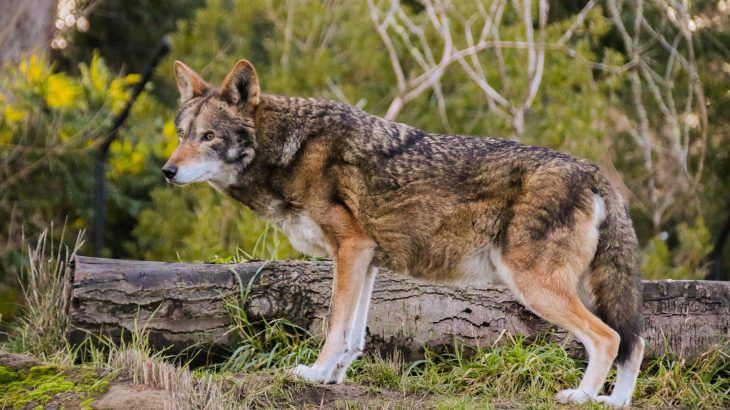 The discovery of a pack of wild dogs containing red wolf DNA is exciting news for biologists and conservationists who now have a rare opportunity to study genes from a long-since extinct species.

The red wolf was officially declared extinct in the wild in 1980. But according to a report by the the Associated Press, the pack of hybrids that live near the Texas Gulf Coast shows that even though the red wolf is extinct, its DNA lives on.

Today, 200 red wolves exist in captivity as part of breeding programs, along with a pack of red wolves released into the wild as part of a population experiment in North Carolina. The experimental wild pack once numbered 130 in 2006, but habitat loss and hunting have driven the pack to all-time lows, and now only 40 wolves remain.

The fact that so few remain from the experimental program and in captivity makes this latest discovery of the hybrid canines all the more noteworthy.

Biologists from Princeton are now in the process of studying the hybrid animals, and a recent study detailing their findings was published in the journal Genes.

“Overall, it’s incredibly rare to rediscover animals in a region where they were thought to be extinct, and it’s even more exciting to show that a piece of an endangered genome has been preserved in the wild,” Elizabeth Heppenheimer, a Princeton University biologist involved in the research, told the Associated Press.

The researchers analyzed the genetics of the wild dogs found near Galveston, Texas and the results show that animals are a hybrid of coyote and red wolf, but more testing is required to fully understand the animal’s genetic makeup.

“We can get excited, but in my mind, we really need to let science do its due diligence to determine what this animal is,” Kim Wheeler, executive director of the Red Wolf Coalition, told the Associated Press.

Several factors led to the downfall of the red wolf, but hunting played a significant role in their extinction as farmers would often kill red wolves to protect their livestock.

The experimental population released in North Carolina met a similar fate and U.S Fish, and Wildlife was accused of violating the Endangered Species Act by a federal judge after it was discovered that landowners were given authorization to kill red wolves encroaching on their land, even if the wolves posed no threat.

The hybrid population will open up a new conservation debate as the rare wild red wolf DNA offers many exciting research opportunities but the Endangered Species Act offers little protection for hybrids.