Eyjafjallajökull volcano: The dangerous volcano beneath a glacier • Earth.com 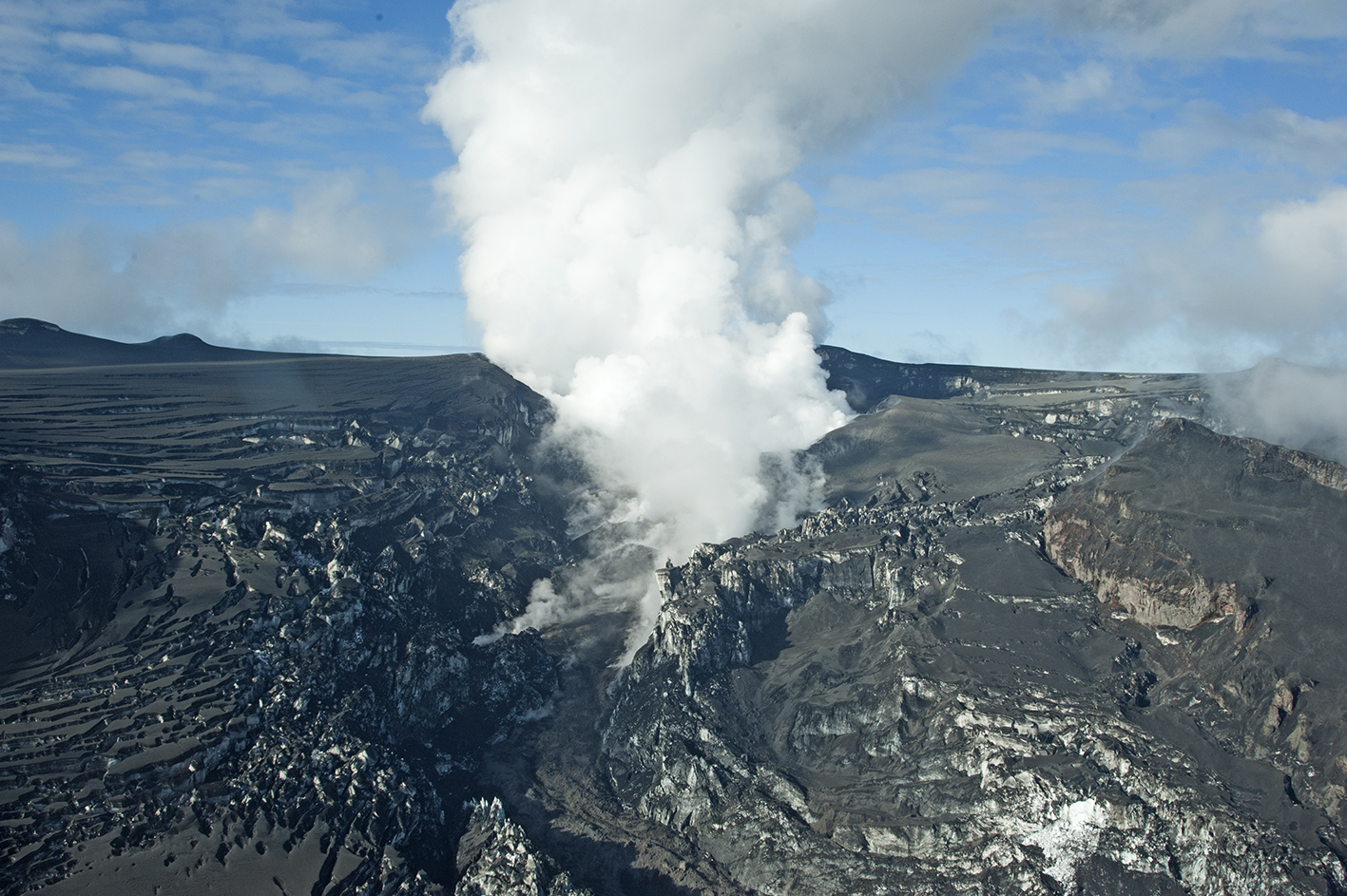 Eyjafjallajökull volcano: The dangerous volcano beneath a glacier

In 2010, Iceland’s Eyjafjallajökull volcano — its crater covered by glacier ice — erupted, spewing clouds of ash that led to delays in flights to and from Europe. Now Katla, another Iceland volcano, is rumbling. To mark Earth Science Week, Oct. 9-15, 2016, the National Science Foundation (NSF) spoke with geologist Benjamin Edwards of Dickinson College in Carlisle, Pa., and Sonia Esperanca, a volcanologist and program director in NSF’s Division of Earth Sciences, about Eyjafjallajökull and other volcanoes hidden under glaciers. NSF’s Division of Earth Sciences supports Edwards’ research.

Q: How often do volcanoes covered by snow and ice erupt?

Esperanca: Volcanoes at high latitudes on continents are often covered by ice and snow, sometimes through the summer months. Volcanologists are always concerned when a volcano beneath a glacier becomes active. When scalding-hot lava melts vast amounts of ice and snow, for example, severe mudflows may result.

Edwards: Iceland has many glacierized volcanoes [volcanoes at least partly covered by ice], including the recent earthquake-rattled Katla, Grímsvötn, Bárðarbunga and others. However, even Iceland’s ice-free volcanoes like Hekla can have ash-rich eruptions. The key to knowing where ash will go during an Iceland eruption is to follow the Northern Hemisphere jet streams. Sometimes, they flow across Iceland and head into the Arctic, where much of the ash falls into the ocean; at other times they can quickly whisk the ash into northern Europe.

Q: Did lava from the 2010 eruption flow beneath the glacier’s ice?

Edwards: Yes, a lava flow traveled down the Gigjökull glacier, which covers Eyjafjallajökull. In part, the lava followed pathways left by floods that melted ice at the beginning of the eruption. Other lava flows twisted and turned along pre-existing drainage tunnels beneath the ice. We found lava in these passageways when we first visited the eruption site in 2011. Since then, the roofs of most of these ice tunnels have completely melted. 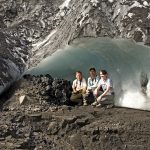 Q: Is this the first time under-ice lava has been observed?

Edwards: Although this isn’t the first time lava has traveled beneath ice at a modern-day volcanic eruption, these ice-lava deposits are probably the best documented. Our team made several flights over the eruption site during and immediately afterward. While the lava was flowing, however, the area was too dangerous for close observations.

Edwards: It can. Our work shows that ice-melting increased from lava traveling beneath the glacier. The rate of melting depends on how fast the lava is flowing and how much ice comes into contact with it, or is close enough to be affected by the lava’s heat. Explosive glaciovolcanic eruptions usually produce the most rapid ice-melting.

Q: The process of lava flowing under ice must create beautiful, if ephemeral, structures in a glacier. Did you see tunnels, arches and other formations?

Edwards: We observed lots of arches in the ice in 2011, but these were mostly gone by 2012. Overall the response of Gigjökull glacier to the eruption was mixed. A canyon carved in the upper part of the glacier had “healed itself” by 2012. However, the damage to the lower part of the glacier seems to have been severe enough that, coupled with melting due to climate change, the end of the glacier lost about half its width. It doesn’t seem like it’s going to recover, based on views in 2014.

Edwards: Theoretically, lava can melt about five to ten times its own volume of ice — if all the heat from the lava, which could be 1,200 degrees Celsius [about 2,200 degrees Fahrenheit], melts the ice. But nature generally is not that efficient, in part because meltwater can quickly carry heat away from the lava-ice interface. Also, because about 20 percent of the potential heat released by the lava comes from crystals that grow inside the lava, quickly turning it into glass, some of the potential heat is lost.

Q: Can new snowfall “rebuild” a glacier that has lost ice to an eruption?

Edwards: Yes, depending on how badly the ice was damaged and how much snow falls. At Veniaminof Volcano in Alaska, lava flows come out of a cone that sits above a caldera filled with ice. The flows melt into the ice for 30 to 50 meters [98 to 164 feet], but after one or two years are again covered by ice and snow. At Gigjökull in Iceland, part of the glacier seemed to recover very quickly, and other parts seem to have been damaged beyond repair.

Q: Is there anywhere else on Earth such glacier-volcanoes exist and have erupted, or might in the near future?

Edwards: Our work shows that at least 180 volcanoes around the globe have glaciers that have been mapped to within 1 kilometer [about two-thirds of a mile] of a known volcanic vent. More than 400 may be within striking distance: a 5 kilometer [3.1 mile] radius of damage from volcanic ash or lava flows.

Q: Can Iceland residents and visitors get close enough to the Eyjafjallajökull glacier-volcano to see the effects of the 2010 eruption?

Edwards: Yes, anyone can take a bus or a four-wheel drive vehicle to the base of the Gigjökull glacier, with its now-empty lake basin that once contained a glacial lagoon. If you look carefully, you can just see the end of the lava flow.