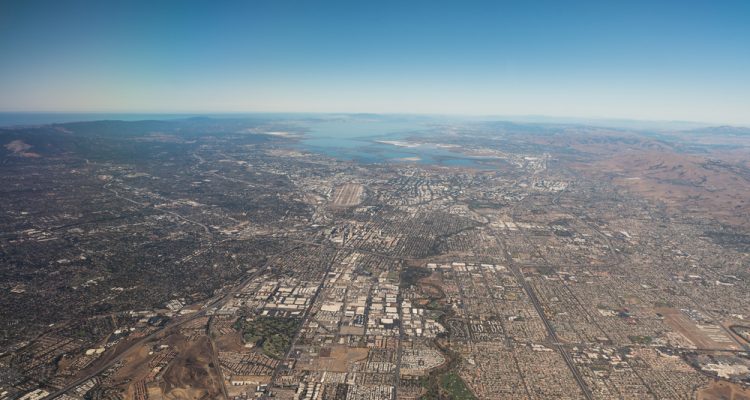 Santa Clara is better known to most as part of Silicon Valley, where companies buy and sell in the billions everyday, and entry-level wages start at $150k per year. But it hasn’t always been that way.

Before the technology industry moved in en masse, Santa Clara was a regular city in Santa Clara County that was home to regular people, many of whom were earning low incomes. These “normal” residents feel they have been pushed out of their home by tech behemoths.

Facebook’s arrival has been criticized as one of the major factors for rising rents in the area, with a mass influx of employees and money pushing property prices up in the small neighborhoods. The company announced earlier this week that they would be partnering with the governments of East Palo Alto and Menlo Park to donate more than $20 million over the next five years for affordable housing and job training in the area, which Facebook pledges will make the Valley’s industry more sustainable.

“When you add our growth with Stanford’s growth, with Google’s growth, with Apple’s growth, with all the other companies in the region, then together it becomes a huge amount of growth,” Elliot Schrage, Facebook’s vice president of communications and public policy, told the Mercury News.

According to Sam Tepperman-Gelfant, senior staff attorney at a civil rights law firm, the Silicon Valley area has a deficit of 22,000 affordable homes. This means that around 70,000 low-income workers in the area are unable to afford to live close to their work. They either have to travel over 50 miles to work each day or look for new employment outside the area.

“The current path is unsustainable. We have a housing and transportation crisis in Silicon Valley [and] in the Bay Area,” Schrage told the Mercury News. “We know that either we will come together and address this crisis, or Silicon Valley will not be Silicon Valley in 20 or 30 years. It will move to other parts of the country and world.”

Facebook has promised a portion of its $7 billion in revenue to expand affordable housing in East Palo Alto and Menlo Park’s Belle Haven neighborhood. In East Palo Alto, 16% of residents live below the poverty line; in 2014, the city had a median income of $52,716. The average price to buy a house in the area is $1 million.

According to The Council for Community and Economic Research, the San Francisco Bay Area is the second most expensive place to live in the U.S.