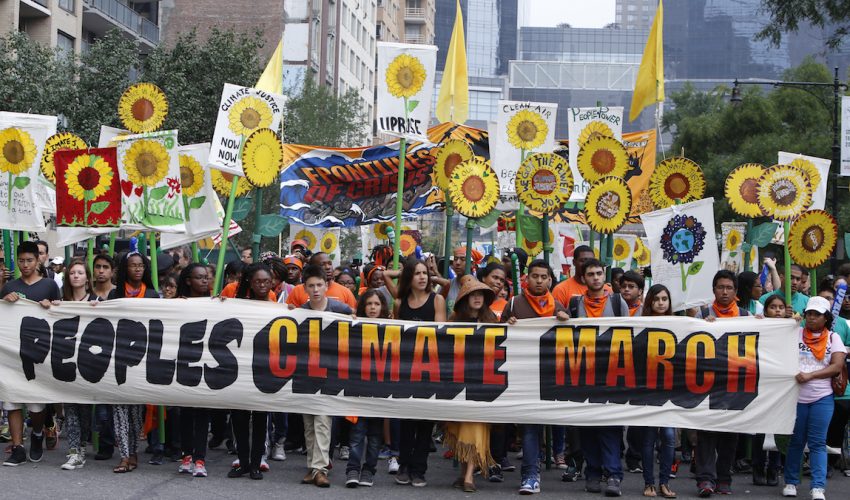 A new study in the journal Nature Human Behaviour demonstrates that presenting facts as the majority opinion, particularly those facts regarding climate change, can bridge the gap between conservative and liberal and also pull people’s opinions closer to the truth.

“Our findings suggest that presenting people with a social fact, a consensus of opinion among experts, rather than challenging them with blunt scientific data, encourages a shift towards mainstream scientific belief – particularly among conservatives,” said lead author Dr. van der Linden.

He explained that information which directly threatens people’s worldview can cause them to become further rooted in their beliefs.

“This ‘backfire effect’ appears to be particularly strong among highly educated U.S. conservatives when it comes to contested issues such as manmade climate change,” said Dr. van der Linden.

A collection of research has shown that conservatives are the most skeptical of climate change in the United States. However, by presenting a fact in the form of a widely accepted belief such as “97% of climate scientists have concluded that human-caused global warming is happening,” researchers have found that conservatives significantly shift their perceptions.

Psychologists at the University of Cambridge analyzed over 6,000 US citizens, and discovered that introducing people to this consensus fact reduced polarization between liberals and conservatives by around 50 percent. This strategy also increased support by conservatives for a scientific accord on climate change by 20 percent.

Furthermore, the research confirmed the theory that highly educated conservatives are the most skeptical of climate change. By presenting a simple scientific fact as being socially accepted, deeply embedded beliefs were negated.

“The vast majority of people want to conform to societal standards, it’s innate in us as a highly social species,” explained Dr. van der Linden. “People often misperceive social norms, and seek to adjust once they are exposed to evidence of a group consensus.”

“It is more acceptable for people to change their perceptions of what is normative in science and society,” concluded Dr. van der Linden. “Previous research has shown that people will then adjust their core beliefs over time to match. This is a less threatening way to change attitudes, avoiding the ‘backfire effect’ that can occur when someone’s worldview is directly challenged.”