Farmers can use flowers to attract predatory insects • Earth.com 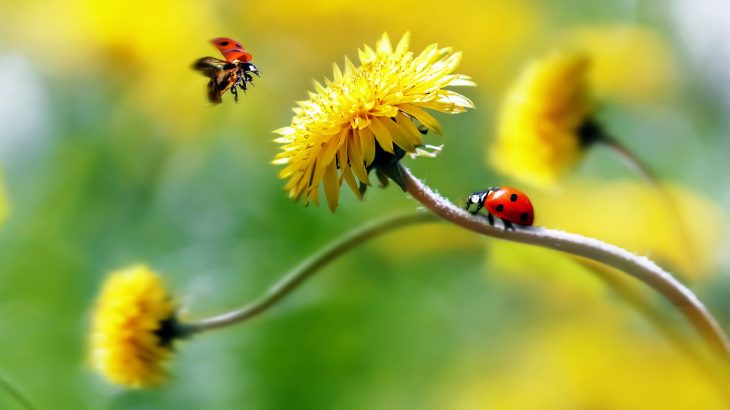 Predatory insects are very beneficial to farmers because they help control damaging garden pests and reduce the need for chemical pesticides. In a new study from the University of Copenhagen, researchers have found that predatory insects live longer when they have access to pollen and nectar in flowers.

The experts analyzed data from studies conducted worldwide and discovered that most predatory insects benefit greatly from flowers, and can even survive for extended periods of time on nectar and pollen alone. This means that farmers can promote the presence of predators and control pests naturally by incorporating flowering strips and margins in their fields.

“By planting flowering margins and strips alongside fields, one can ensure an ever-abundant supply of predatory insects such as hoverflies, lacewings, minute pirate bugs, phytoseiid mites and two-spot ladybugs,” explained Professor Lene Sigsgaard.

“Pollen and nectar are supplements that beneficial insects can survive on when pests aren’t around. And, the plants in margins and strips provide many other types of insects for to prey on as well. By planting a wide variety of flowers that bloom both early and late in the season, one can ensure for an optimal effect that ensures the survival of predators throughout the growing season.”

“This is good news for the green transition, as effective pest control can help reduce the use of agricultural pesticides. On top of the that, the presence of more flowers imroves pollination and biodiversity, as they attract more insects and pollinators into fields.”

The researchers pointed out that predatory insects need open flowers like dandelions that provide easy access to nectar, as they are not equipped with the long feeding tubes that bees have.

According to the researchers, mallow, yarrow, and ox eye daisy are also highly valuable flowers for predatory insects.

“It’s quite an elixir of life. Wisely planted flowers can contribute to robust crop production because predatory insects will live longer and better,” said Professor Sigsgaard.

“It pays to design tomorrow’s agriculture so as to accommodate wild flowering plants alongside fields. For the greatest impact, this needs to be done on an informed basis, which is why we are looking at how to design mixed flowering strips and flowering margins that benefit both predatory insects and pollinators. This will reduce the need for other forms of pest control while supporting biodiversity.”

The study is published in the journal Biological Control.