Farming with crushed rocks can help soak up carbon • Earth.com 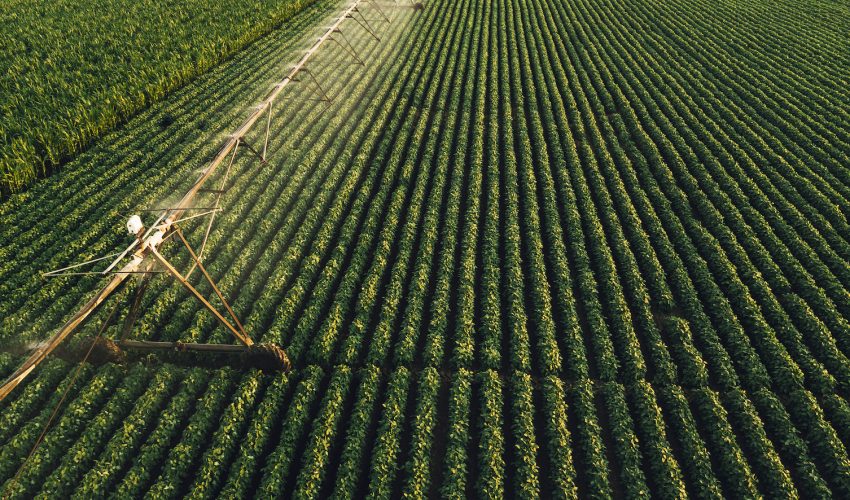 Farming with crushed rocks can help soak up carbon

The soil around volcanoes is some of the most fertile on Earth. When ash and sediment erupt from a volcano in a pyroclastic flow, these deposits can quickly break down in the surrounding soil and form mineral-rich dirt that is ideal for crops.

Now, new research has found that it’s possible to mimic this mineral-rich effect and also soak up carbon dioxide by adding crushed rocks to farmland. As the rocks dissolve in the soil, they release vital nutrients and create ideal conditions for agriculture.

The study was conducted by researchers from the University of Sheffield along with an international team of scientists and is the first of its kind to suggest mineral rich soils as a solution to help mitigate carbon emissions.

Their findings were published in the journal Nature Plants.

“Human societies have long known that volcanic plains are fertile, ideal places for growing crops without adverse human health effects, but until now there has been little consideration for how adding further rocks to soils might capture carbon,” said David Beerling, the lead author of the study.

The key, according to the study, lies in adding fast-acting silicate rock deposits, such as crushed basalt, to farmlands and soil. The minerals would add a barrier against pests and disease and aid in carbon capture.

Some added benefits of using this method, which is called enhanced rock weathering, are that it wouldn’t take away possible croplands or put a strain on water resources.

The silicate rocks could be added to any soils, but the study suggests that arable lands capable of being plowed for crops is the optimal place to start.

Several arable farms already put crushed limestone in the soil, so the materials and equipment needed to try enhanced rock weathering are already in place.

“The magnitude of future climate change could be moderated by immediately reducing the amount of CO2 entering the atmosphere as a result of energy generation,” said Beerling. “Adopting strategies like this new research that actively remove CO2 from it can have a massive impact and be adapted very quickly.”

The researchers are hopeful their methods could be used to create nutrient soil that helps in mitigating the effects of climate change.

“Strategies for taking CO2 out of the atmosphere are now on the research agenda, and we need realistic assessment of these strategies, what they might be able to deliver, and what the challenges are,” said James Hansen from the Earth Institute at Columbia University, a co-author of the study.