Fast radio bursts are even more mysterious than we thought • Earth.com 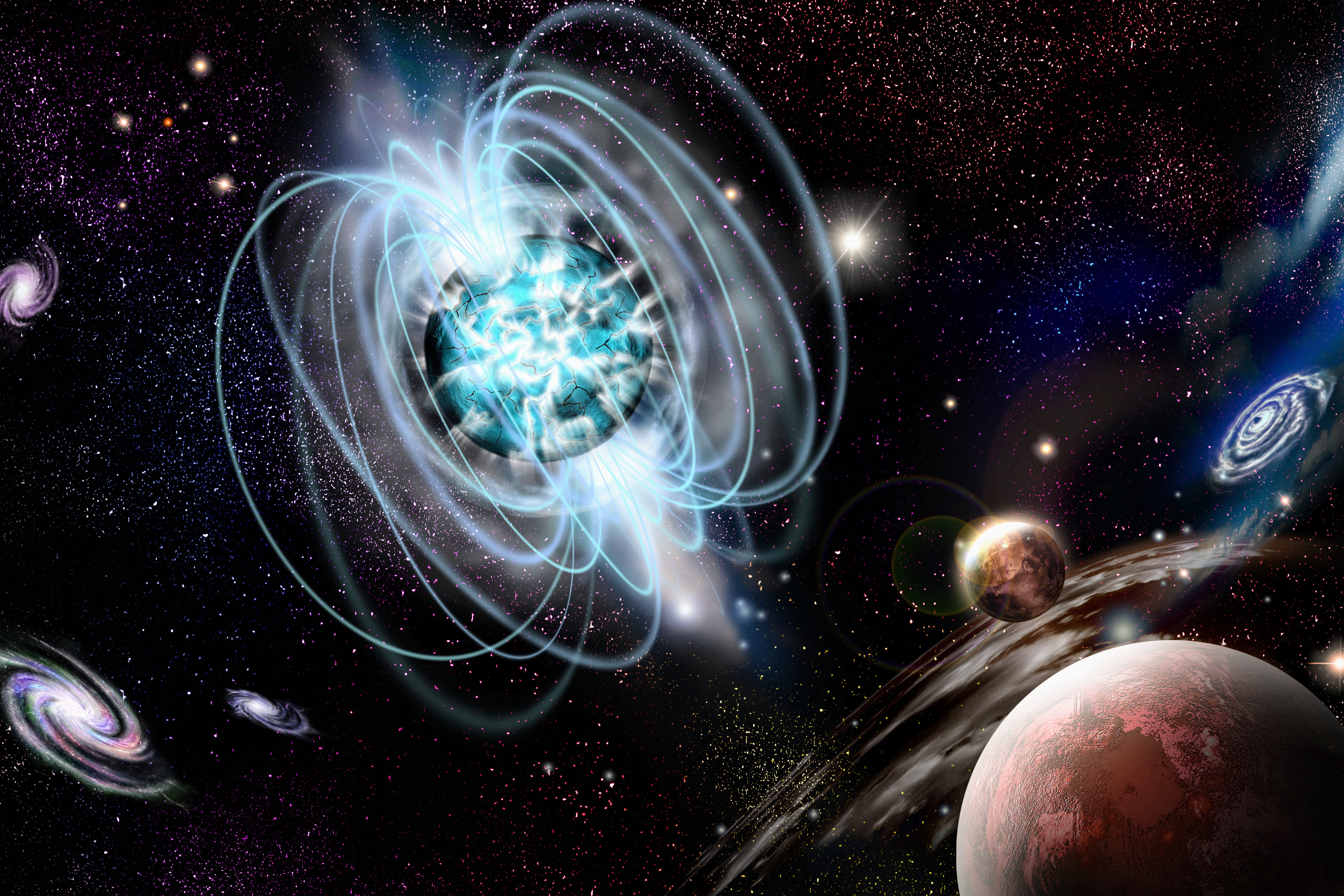 Fast radio bursts are even more mysterious than we thought

Fast radio bursts (FRBs) are intense pulses of radio wave energy that usually last only a matter of milliseconds and come from somewhere deep in the cosmos. Astrophysicists detect these signals emanating mostly from faraway galaxies, but they do not yet understand the origin of the pulses. The bursts are extremely intense at their source, putting out as much energy in one millisecond as the Sun does in an entire day. However, by the time they reach earth they are very weak and difficult to detect.

A new study, published in the journal Nature and involving 74 co-authors from 30 different institutions, has now presented details of the largest sample of FRB data ever obtained from one single source. Unfortunately, rather than enhancing our understanding of this fascinating phenomenon, the observations have simply deepened its mystery.

The cosmic fast radio burst observations were made in late spring 2021 using the massive Five-hundred-meter Aperture Spherical radio Telescope (FAST) in China. The team, led by Heng Xu, Kejia Lee and Subo Dong from Peking University, and Weiwei Zhu from the National Astronomical Observatories of China, along with astrophysicist Bing Zhang from the University of Nevada, Las Vegas, detected 1,863 radio bursts in 82 hours over 54 days from an active source called FRB 20201124A. “This is the largest sample of FRB data with polarization information from one single source,” said Lee.

Some observations of FRBs from within our galaxy suggest that they originate from magnetars, which are dense, city-sized neutron stars with incredibly powerful magnetic fields and the ability to release vast amounts of energy. For example, in April 2020 astronomers detected an FRB coming from inside our own Milky Way galaxy and pinned its location down to a known magnetar, SGR 1935+2154. However, the exact origin and cause of the FRBs from other, distant galaxies is still undecided, with various people suggesting rapidly rotating neutron stars, black holes, or even extraterrestrial intelligence.

The latest observations leave scientists even more in the dark than they were before, questioning what they thought they knew about FRBs. “These observations brought us back to the drawing board,” said Zhang, who also serves as founding director of UNLV’s Nevada Center for Astrophysics. “It is clear that FRBs are more mysterious than what we have imagined. More multi-wavelength observational campaigns are needed to further unveil the nature of these objects.”

What makes the latest observations surprising to scientists is the irregular, short-time variations of the so-called “Faraday rotation measure,” which is a measure of the strength of the magnetic field and density of particles in the vicinity of the fast radio burst source. These measurements varied by increasing and decreasing during the first 36 days of observation, and then suddenly ceased to vary and became constant during the remaining 18 days before the source became silent.

“I equate it to filming a movie of the surroundings of an FRB source, and our film revealed a complex, dynamically evolving, magnetized environment that was never imagined before,” said Zhang. “Such an environment is not straightforwardly expected for an isolated magnetar. Something else might be in the vicinity of the FRB engine, possibly a binary companion,” hypothesized Zhang.

To observe the galaxy that was host to the source of the FRBs in the current study, the team also made use of the 10-m Keck telescopes located at Mauna Kea in Hawaii. Zhang says that young magnetars are believed to reside in the active star-forming regions of a star-forming host galaxy. But when the researchers investigated the optical image of the host galaxy for the current FRB signals it showed, unexpectedly, that the host galaxy is a metal-rich, barred spiral galaxy, like our Milky Way, that has no significant region with star-forming activity.

“This location is inconsistent with a young magnetar central engine formed during an extreme explosion, such as a long gamma-ray burst or a superluminous supernova, widely speculated progenitors of active FRB engines,” said Dong.

So, for now at least, FRBs remain enigmatic signals of some process occurring in distant galaxies, and their cause or source continues to be both mysterious and perplexing.