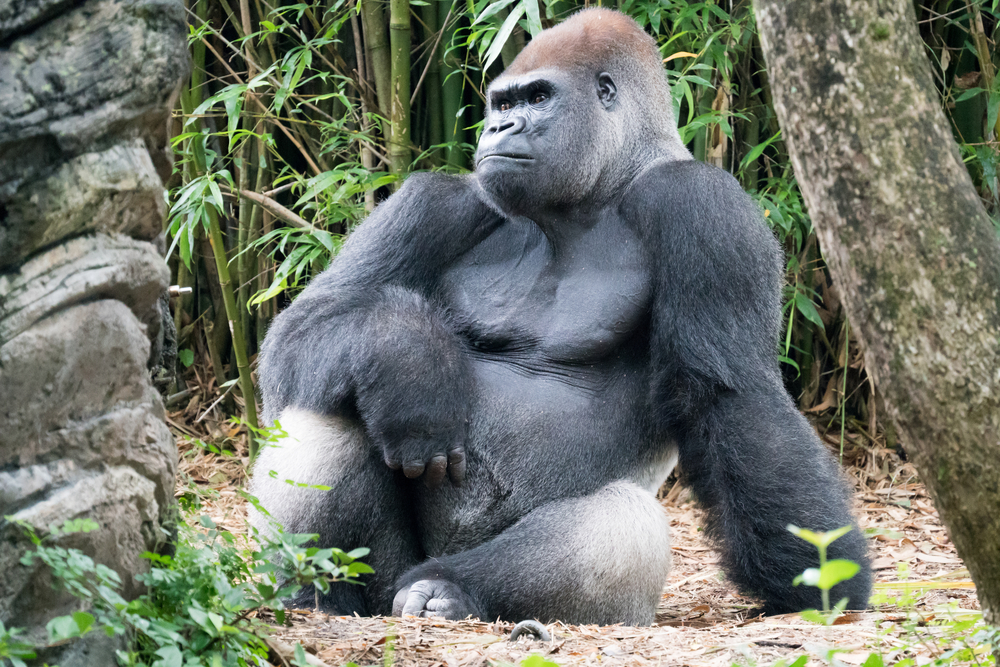 Some of the world’s favorite celebrities passed away in 2016. Alan Rickman, Muhammad Ali, Carrie Fisher, and Debbie Reynolds were just a few of those we mourned as the year came to a close.

It wasn’t just human celebrities we lost last year, though. Let’s not forget the favorite celebrities of the Animal Kingdom who left us in 2016, too.

The most memorable loss of 2016 was Harambe, who was shot after a toddler fell into his enclosure at the Cincinnati Zoo.

His death sparked grief and outrage, along with some truly strange Internet memes. It also inspired discussions about the ethics of keeping animals in zoos, safe animal handling practices, and conservation of endangered species.

“For people who want to know more about what was going on in Harambe’s head and heart, think about your companion dog, for example. How do they respond when someone trespasses into where they feel safe?” Merc Bekoff wrote in Scientific American.

Courage was the first turkey President Barack Obama ever pardoned, during his first Thanksgiving as president in 2009.

The tom turkey went on to live a long life at the Happiest Place on Earth: Big Thunder Ranch at Disneyland in California.

Courage died just before Thanksgiving – and just after Election Day – in November 2016. The average male turkey lives about two years; Courage was at least 7 when he died of old age.

The Druid wolf pack was once one of the largest and most famous of the wolf packs that made Yellowstone home. 778M, born in 2007, was its last surviving member. He split off from the pack a short time before the other members were wiped out by mange.

“He would fight at the drop of the hat, and he was willing to run right into battle,” Yellowstone biologist Rick McIntyre told the Mail Tribune.

He was shot and killed by a hunter outside the park in November.

778M wasn’t the only one of Yellowstone’s favorite celebrities to pass away in 2016.

Scarface was 25, old in bear years, but he didn’t die of natural causes. He was killed by a hunter right outside of the park’s northern border in April.

Scarface got his nickname from, well, his scarred face and ragged ear, earned in battle with other bears.

He was a favorite of park visitors – and biologists. With more than 15 captures and releases, he was one of the country’s most studied bears.

Toughie was the last Rabb’s fringe-limbed treefrog on Earth.

The frog species was discovered in 2005, just before it was wiped out by habitat loss and disease. The last wild member of the species was heard in 2007.

Toughie was a survivor. He was 12 when he died at the Atlanta Botanical Garden in September, and his species died with him.

Pan Pan broke the mold for pandas. Scientists have struggled to convince pandas to reproduce in captivity.

Pan Pan, on the other hand, is estimated to have more than 130 descendants, a quarter of the population of pandas in captivity. His virility and age – he was the oldest male panda in captivity – earned him the nickname “Panda Grandpa.”

“I think the pandas in captivity and in the zoos will be helpful to educate people about the importance of conservation,” Dr. Jianguo Liu of Michigan State University told NPR.

The Bengal tigress called the Queen of Ranthambore was believed to be the oldest in the wild when she died, between 19 and 20 years old.

She was also one of India’s favorite celebrities, due to her role in helping to repopulate the tiger community in Ranthambore National Park.

“Amongst the 62 tigers of Ranthambore, what made Machli so special was her comfort level with the humans, and how she held lensmen (and women) in awe of her grace,” the park wrote on its website.

The Indian government issued a commemorative stamp in her honor. She passed away from old age on August 18.

On Sept. 11, 2001, after a terror attack brought down the World Trade Center, rescuers poured into Ground Zero to try and find survivors. Search-and-rescue dogs like Bretagne also did their part.

But at 16, she had severe arthritis and was showing signs of cancer. The Cy-Fair Volunteer Fire Department made the tough decision to have her put to sleep in June.

“Some may say that the most a dog could be is a pet. However, to the over 400 members of the Cy-Fair Volunteer Fire Department, Bretagne was a civil servant, a hero and is family,” the department told the Houston Chronicle.

Just days after the Guinness Book named 30-year-old Scooter the world’s oldest cat, he died of old age. According to veterinarians, in human years, he would have been 136.

Scooter’s owner credited the Siamese cat’s long life to staying active. He also reportedly traveled with his owner to 45 of the 50 states.

As the year came to a close, the Philadelphia Zoo was forced to say goodbye to one of its favorite celebrities, a 25-year-old lion who was loved by her keeper and the zoo’s guests alike.

Zenda was known as a peacemaker – an odd role for a lion.

“She was the one that held everyone together,” Kay Buffamonte, her keeper for 24 years, told Philly.com.

After her health rapidly declined, the zoo was forced to make the difficult decision to end her life on Dec. 30, 2016.

Beloved Colo died just earlier this week after leading a long and happy life at the Columbus Zoo and Aquarium. She died in her sleep overnight less than a month after her 60th birthday. In a statementzoo president Tom Stalf said “Colo touched the hearts of generations of people who came to see her and those that cared for her over her long lifetime, she was an ambassador for gorillas and inspired people to learn more about the critically endangered species and motivated them to protect gorillas in their native habitat.”