Female chimpanzees hire babysitters so they can have more babies • Earth.com 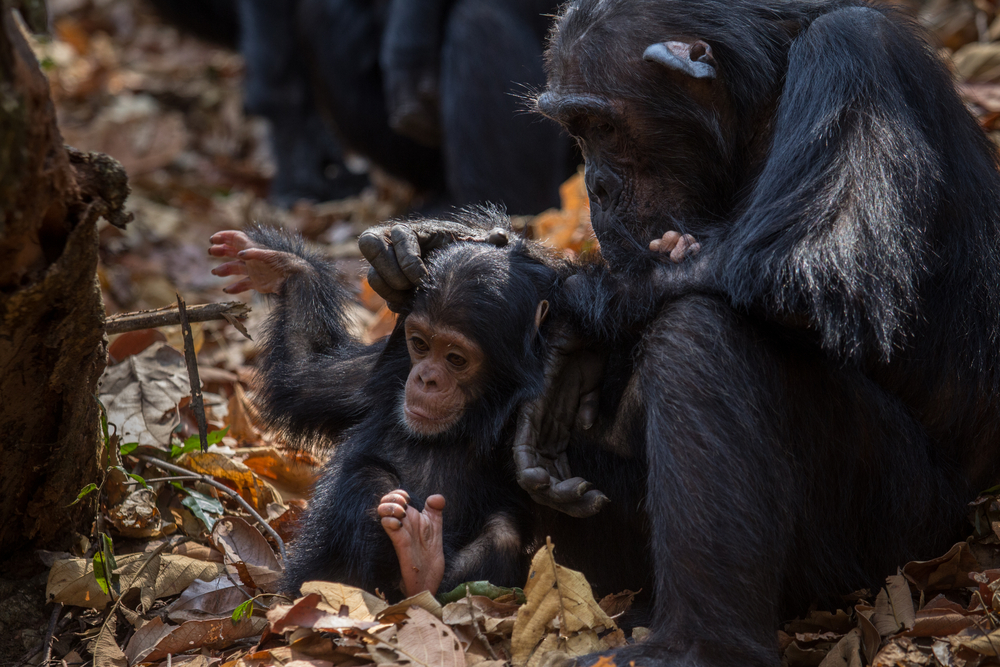 Female chimpanzees hire babysitters so they can have more babies

It turns out humans aren’t the only species who use babysitters. Chimpanzees, humankind’s closest living relative, have been seen to hire babysitters to wean their offspring faster, allowing mothers to reproduce again sooner.

A study performed by scientists at the University of Toronto led by Iulia Badescu observed 42 pairs of chimpanzee mothers and infants at Ngogo in the Kibale National Park in Uganda. The purpose was to examine the pattern of “alloparenting,” a.k.a. babysitting, where chimpanzees other than the mother helped with child care. Findings were published in a paper in the journal Royal Society Open Science.

“Infants who were held and carried more by babysitters nursed less often and drank less milk,” said Badescu. “This means that they were becoming more nutritionally independent compared to infants of the same age who were babysat less or not at all. They were going through the weaning process quicker, and would likely be done weaning at a younger age.”

As a result, the mothers were able to continue to reproduce. But not all female chimpanzees seem to believe in babysitters.

According to Badescu, “In other chimpanzee communities, babysitting may be a behaviour that rarely occurs. Our findings emphasize the significance of babysitting as a flexible component of female reproductive strategies in some species.”

Badescu and her team conducted an additional study that found chimpanzee mothers allowed their offspring to nurse for comfort, not just nourishment, even after lactation was over. “The young chimps were already weaned but continued to make contact with their mother’s’ nipple not for nutrition, but presumably for emotional purposes, when they needed to be comforted,” said Badescu.

This study was published in the American Journal of Physical Anthropology last month.