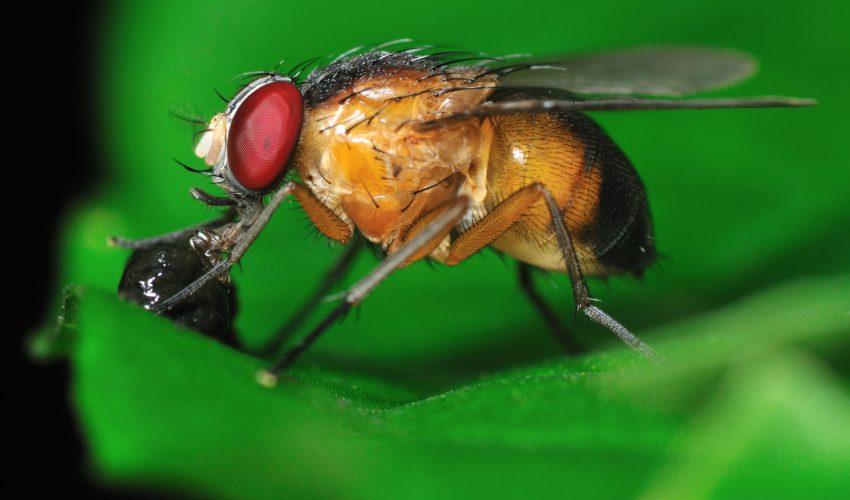 Sex makes female fruit flies more aggressive towards each other, according to a new University of Oxford study.

The flies start headbutting each other after mating, becoming significantly more aggressive and intolerant, the study found.

A variety of proteins in semen stimulate the dramatic behavioral and physiological changes in females. Other changes include increased ovulation, rejecting male advances and loss of interest in sex, according to the study published in Nature Ecology and Evolution. .

“A lot is known about male fruit fly behavior and what affects their levels of aggression, but very little has been published about competition among females,” said Dr Stuart Wigby, Research Fellow at Oxford University. “Even taken on its own, our study is useful. If these behavioural changes occur in fruit flies, it is highly likely that they are happening in other insects.”

Now that the relationship between mating and aggression in females is better understood, the research teams intend to conduct further analysis into the effects of the behavioral change. Pinpointing the exact time that their intolerance intensifies, and how long the effects of the sex-peptide last.

“It could be that mating with these sterile males also affects female aggression levels,” Wigby said. “Further research will help us to understand exactly how such effects could help or harm populations, and therefore whether or not they can have a wider use.”

New research will also work to determine whether the effects carry positive or negative benefits to males and females, who the behavioral change benefits and if it is linked to spousal or offspring protection, said Oxford’s Dr Eleanor Bath.