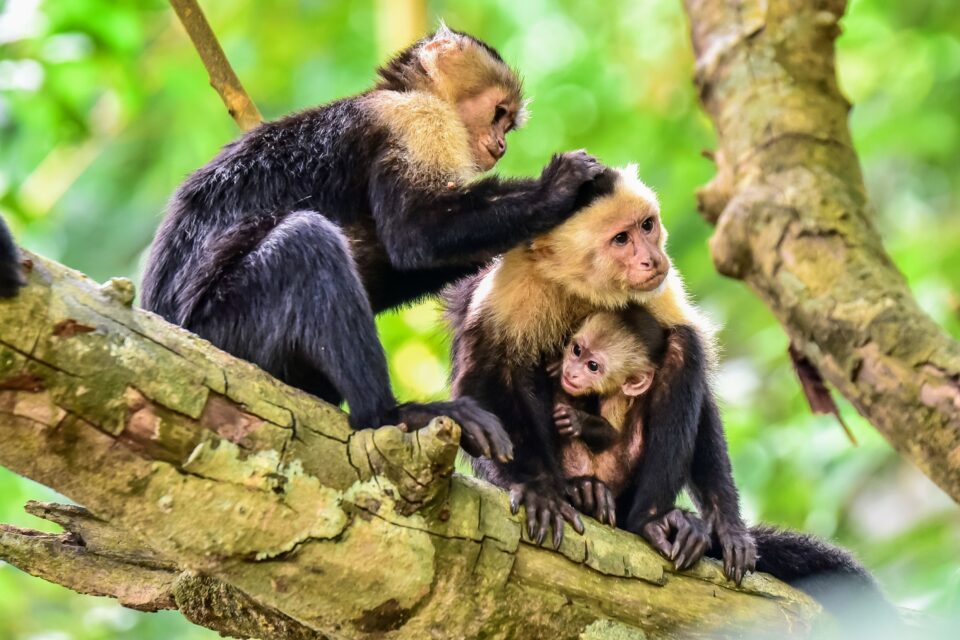 A new study led by the University of California, Los Angeles (UCLA) has found that female white-faced capuchin monkeys living in the tropical forests of northwestern Costa Rico that are better integrated into social networks with other adult females tend to survive longer.

“As humans, we assume there is some benefit to social interactions, but it is really hard to measure the success of our behavioral strategies,” said study senior author Susan Perry, a field primatologist at UCLA. “Why do we invest so much in our relationships with others? Does it lead to a longer lifespan? Does it lead to more reproductive success? It requires a colossal effort to measure this in humans and other animals.”

Together with her research team, Professor Perry tracked the female capuchin monkeys’ social interactions with other females, males, and companions of any sex and age, based on 18 years of data. Interactions taken into account in the study included giving and receiving grooming, foraging nearby, and taking part in coalitionary conflicts, such as intervening to help one another in conflicts by fighting, chasing, or producing aggressive sounds and facial expressions.

While the analyses revealed no evidence that heterosexual relationships provided any survival-related benefits to females, they clearly shown that social integration into networks with other female adults significantly improved their chance of survival.

“We found the strongest evidence that social integration into female networks predicts survival. Females who frequently engaged in grooming and foraged in close proximity with other females experienced improved survivorship,” the authors explained.

“We also found marginal support that females who frequently provided and received coalitionary support from other females possibly experienced survival-related benefits. The fact that female interactions with other females across all behavioral domains show at least some evidence of beneficial impact on survival suggests that females cultivate strong relationships with each other.”

Further research is needed to better understand why relationships with other females have the greatest impact on the survival of female capuchin monkeys, and to investigate whether this phenomenon can be found in other species of monkeys.