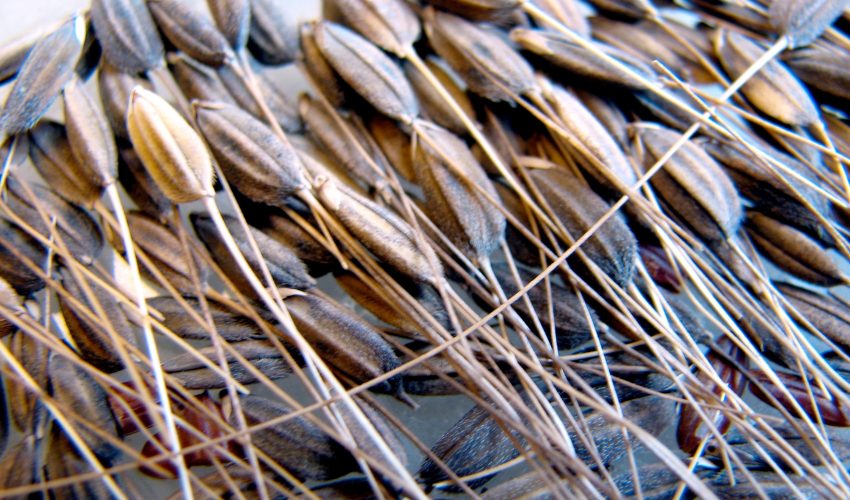 Weedy rice – once-domestic rice that has stretched roots toward its wild ancestry – infiltrates fields and poses a problem for rice farmers.

In some areas of the world, the unpalatable rice varieties can ruin a crop. Weedy rice varieties can take over as much as 90 percent of a field, said Dr. Kenneth Olsen of Washington University in St. Louis. Olsen is the lead author of a new study measuring the impact that the grain gone wild has on global rice production.

In the U.S., strawhull and blackhull awned rice is estimated to grow in a third of the nation’s rice paddies. The two rogue rices are estimated to cost farmers about $50 million per year.

Weedy rice can be a real challenge for rice farmers because it’s not technically wild. Instead, it’s descended from domestic rice, and it grows in farmer’s fields rather than on undeveloped land. Unlike domestic rice, though, weedy rice is not easy to harvest, and the grains it produces are not likely to win any flavor awards.

The team led by Olsen, and made up of scientists from the U.S. and China, sequenced the genomes of the two U.S. weedy rice varieties, which evolved independently from one another. They compared 18 strawhull and 20 blackhull awned samples to 145 previously published rice genomes for both domestic and wild varieties.

What they found was that the two strains evolved at different stages in the evolution of domestic rice, but that neither needed many changes to go from crop to weed.

“It’s easy to evolve weediness, and it has happened repeatedly,” Olsen said in a press release about the study. “The evolution of weedy crop relatives is an under-recognized part of the domestication process. Until recently, few of those studying domestication had given much thought to these weedy doppelgangers that were just kind of persisting on the margins of fields.”

Part of the problem has been the mechanization of agriculture itself. Rice was once hand-planted, and farmers could remove weedy varieties from their paddies, Olsen said.

But without that hand tending of the rice crop as it grows, weedy varieties can infiltrate a field. They look similar enough to their domestic cousins that farmers who don’t regularly inspect their plants up close can miss them until they’ve infested an entire crop.

Another problem is that weedy rice tends to revert back to seed shattering, a trait domestic rice once had in the wild. As it was domesticated, humans selected against seed shattering, which makes rice more difficult to harvest. A return to that trait means weedy rice can quickly sow its seeds throughout a field.

Weedy rice can also remain dormant for longer, meaning seeds continue to crop up even after a farmer weeds her fields.

By studying the genomes and which “human-friendly” traits the two U.S. weed varieties shared, scientists were able to determine that the blackhull awned variety became a weed after rice went through the initial stage of domestication, when humans made the crop more farmable. Strawhull branched off after farmers began selecting for traits like better flavor and other improvements, the second phase of domestication.

While both weeds have gone wild, they crop up in domestic fields because they’re better suited to that environment than truly wild locales.

“What I find fascinating about these weeds is the way they’ve co-opted the agricultural system,” Olsen said. “They take advantage of this wonderful environment we’re creating by tilling and providing nutrients, and way outcompete the plants that have desirable traits.”

The study has been published in the journal Nature Genetics.