Half of all firearm deaths occur in just six countries • Earth.com 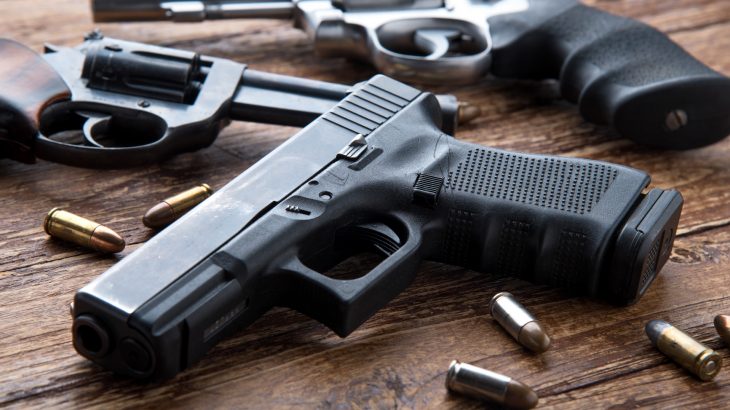 Half of all firearm deaths occur in just six countries

With yet another mass shooting this week during a video game conference in Florida, many in the United States cry yet again for stricter gun control policies.

According to a new study, half of all deaths attributed to firearms in the world occur in just six countries in the America, which further emphasizes how rampant the gun violence problem is in the United States and parts of Central and South America.

The Institute for Health Metrics and Evaluation recently reviewed firearm-related mortality between 1990 and 2016 for 195 countries and territories.

Half of the more than the quarter of a million firearm deaths in 2016 occurred in Brazil, the United States, Mexico, Colombia, Venezuela and Guatemala, according to the study’s findings published in the journal JAMA.

“Our findings provide a comprehensive analysis of firearm-related deaths – by homicide, suicide, and accidental injury,” said Ali Mokdad, a senior author on the paper. “The study also reinforces the message that it is imperative to expand gun safety and education.”

The study is one of the most extensive ever conducted on global firearm deaths, and shows that firearm homicides make up the majority of firearm deaths in the world.

In Greenland, for example, the research shows that there were on average 22 suicides by firearm per 100,000 people, the highest age-adjusted rate of suicide by firearms in the world followed second by the United States with 6.4 deaths per 100,000 people.

Greenland’s history of suicide prevalence is long and complex and for more than 30 years, Greenland has had some of the highest suicide rates in the world, according to National Public Radio.

The research also found that 87 percent of the deaths in 2016 were of males.

“These findings show the disproportionately high mortality among men,” said Christopher Murray, a fellow senior author. “This study is important for policymakers at the national and global levels.”

Singapore had the lowest firearm related deaths, and for the six countries where half of all firearm deaths in 2016 occurred, Brazil had the highest number followed by the US, Mexico, Colombia, Venezuela, and Guatemala.

“This study confirms what many have been claiming for years – that gun violence is one of the greatest public health crises of our time,” said Mohsen Naghavi, the first author of the study. “There are no simple antidotes to address this health problem. The tragedy of each firearm-related death will continue until reasonable and reasoned leaders come together to address the issue.”