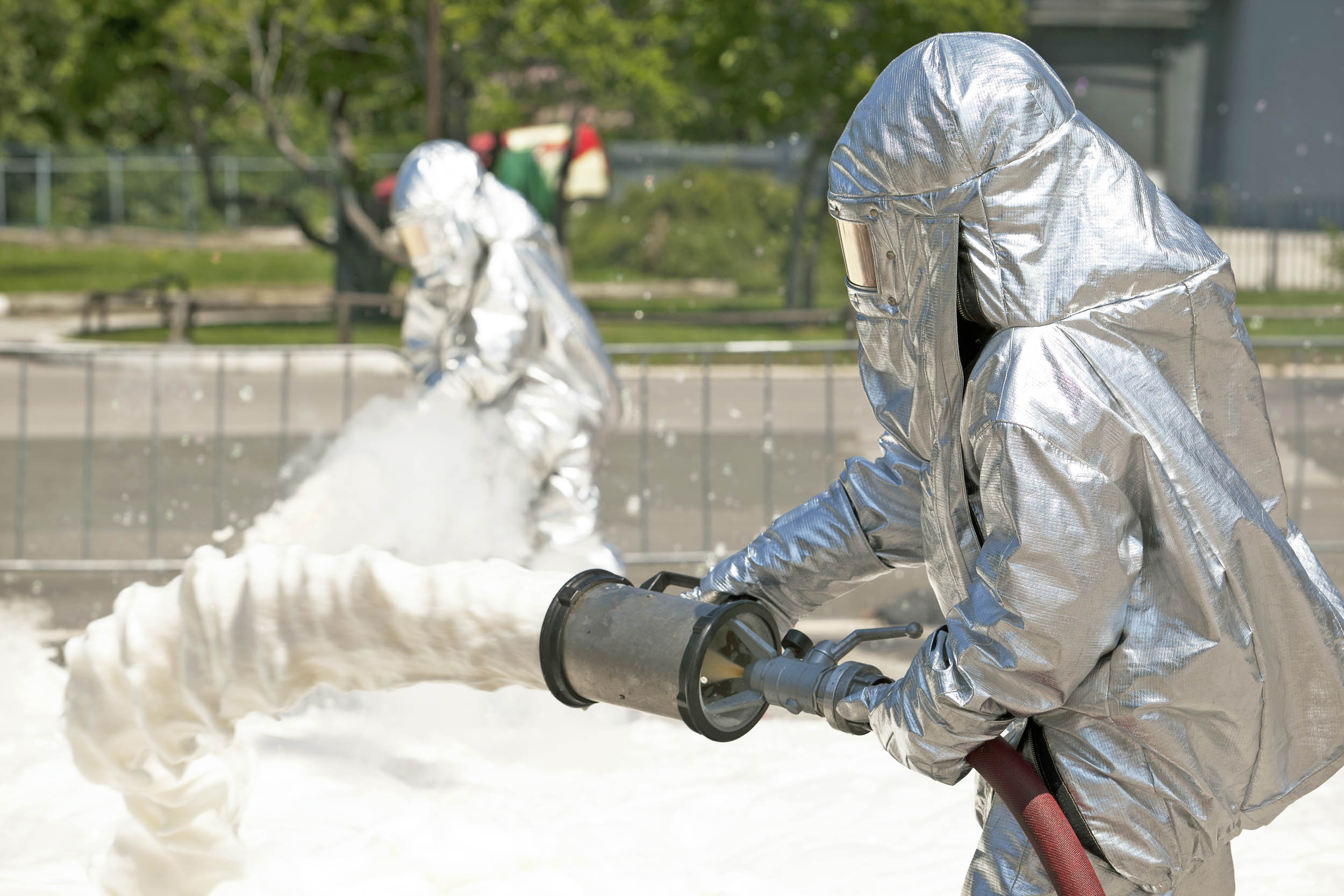 Residents near two former suburban Navy bases are suing producers of firefighting foam once used there, claiming they contaminated the drinking water.

The residents allege the companies should have known perfluorooctane sulfonate and other chemicals would pose health and environmental risks. They’re seeking class action status.

“With this lawsuit, we are fighting to ensure that the companies who manufactured and marketed products containing these chemicals – and put their profits ahead of public health in the process – are brought to justice for their wrongdoing,” Robin Greenwald, who heads an environmental unit at the law firm, said in a statement.

The chemical compounds have been found in some firefighting foams that were widely used for decades on military bases throughout the country. They also are found in some household items such as food packaging.

The issue has gotten the attention of environmental activist Erin Brockovich, who spoke with residents at a community meeting in Willow Grove in June. Brockovich, who was portrayed by Julia Roberts in a 2000 movie bearing her name, works as a consultant to Weitz & Luxenberg.

No scientific evidence has consistently linked the chemicals to cancer in humans, although some studies have shown that people exposed to high levels of the compounds had higher incidents of kidney, prostate and testicular cancers, the Pennsylvania Department of Health says.

The Navy and National Guard previously agreed to pay about $19 million to provide residents replacement water and install filtration systems after more than a dozen public wells and 140 private wells in the Philadelphia area were taken offline.

Attorney William A. Brewer III, representing 3M, said the claims in the lawsuit have no merit. He said the U.S. military used the product “because it saves lives, which likely explains why this product remains in use about a decade after 3M exited the sales of it.”

The company sold the product with instructions on how to safely use and dispose of it, he said.

Tyco Fire Protection Products was aware of the legal action involving its brands Ansul and Chemguard but declined to comment on the ongoing litigation, a spokeswoman said.

Other companies named in the lawsuit did not immediately respond Friday to requests for comment.