History is made with the first Afghan woman to summit Noshaq • Earth.com 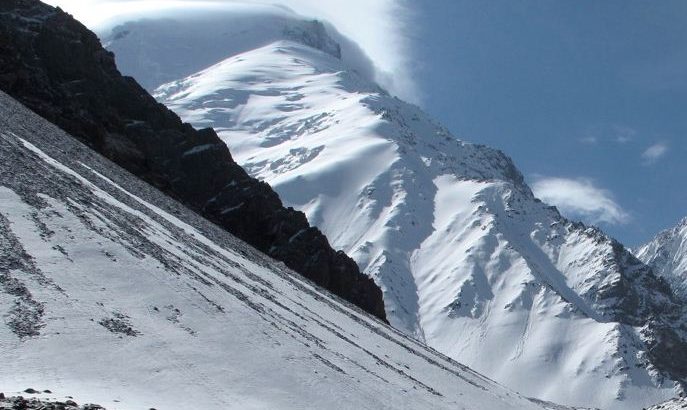 History is made with the first Afghan woman to summit Noshaq

This year marked a historic first that many in the west haven’t taken much notice of.  On August 10, 2018, Hanifa Yousoufi became the first Afghani woman to climb Noshaq, Afghanistan’s highest peak at an elevation of 24,580 feet above sea level.

71 years ago on June 1947, Barbara Washburn became the first woman to summit Mt. Denali, which at 20,310 feet elevation is the highest in North America.  Ironically, in a long career of exploration, science and geography, Barbara didn’t even realize she was the first woman to climb Denali. Barbara went on to have quite an adventurous life of climbing mountains in Alaska with her husband, who she met at the New England Museum of Natural History that he directed.  It wasn’t lost on Barbara how her life defied the expectations for women of the day, she told Alpinist:

“Like most women of my generation, I’d been raised to believe that my place was in the home…Yet in the end, the places where I would make that home wouldn’t always be in warm Massachusetts suburban houses, surrounded by the bright voices of our children. Sometimes that home would be in an igloo, at 12,000 feet, sharing Tang-flavored fig pudding with my husband; or as the lightest climber going first to test the cornices on a narrow exposed ridge; or staring out at summit views that no one else had seen.”

Afghanistan is a world away from Alaska.  Mt. Noshaq is incredibly lonely compared to Denali, replete with veritable tent cities on its popular routes.  Between 2007 and 2010, there were only four people to summit, Noshaq, the second highest mountain in the Hindu Kush range.  For reference, there were 768 climbers to summit Denali in 2017 and 421 international climbers, according to the National Park Service annual report.  When considering the instability, violence and infrastructure in Afghanistan, it’s not hard to understand why so few climbers attempt Noshaq at all.

Mountaineering in Afghanistan also has hazards for women rare elsewhere.  Mt Everest, the world’s highest mountain located on the boundary between Tibet and Nepal, was first climbed in 1975 by Phanthog, a Tibetan woman, and in 1993 by Pasang Lhamu Sherpa, the first Nepalese woman.  In Afghanistan compared to Tibet or Nepal even, women have far less opportunity to participate in male dominated arenas like mountaineering. Money and other support are much harder to come by for women climbers in Afghanistan.

In Afghanistan, people go to the mountains for something hard to explain, for a ragged and hard reality, for a freedom no one can give but must be taken.  Mountaineering can represent freedom in that it requires individual strength of a level that requires training and lots of experience to do well. It’s hard to imagine a greater contrast than between the daily realities of oppression endured by Afghani women and the icy, clear freedom experienced by a few in the mountains.  Afghanistan, a country long known for its mountains, a nexus between the east and west has long been a destination for climbers and mountaineers.

An article in Alpinist highlights the hardships of women in Afghanistan in recent years, as 2,640 civilians were killed in armed conflicts in the first ¾ of 2017, 5,379 were injured in that same time period.  The first six months of 2016 had 3,700 cases of violence against women recorded by the Afghan Judiciary. Strict and stifling interpretations of Muslim law have become the norm in many areas.  Climbing is dangerous enough but in Afghanistan, climbing for a woman can also mean threats of violence and death against her person.

Ascend Athletics, a non-profit founded by American mountaineer Marina LeGree in 2014, was the support behind Hanifa and other women in her mountaineering team.  Since 2015, Ascend Athletics has been training women in Afghanistan to climb mountains. Hanifa Yousoufi trained with Ascend for two years at the start of which Ascend’s press release said, she couldn’t even do sit ups.  Ascend Athletics goes beyond mountaineering skills and grueling physical training. The endeavor behind the group is to create female leaders in Afghanistan and hopefully create lasting, positive social change. Classroom and team building work is a part of the holistic approach taken by Ascend Athletics.

Colorado Public Radio reported in 2017 that Ascend Athletics was already making history.  Two years earlier, a team of women in Afghanistan were the first to summit an un-named peak reaching almost 17,000 feet in elevation.  Even then, there were plans to climb Mt. Noshaq, plans that were temporarily delayed because of threats from the Taliban.

Because of a long history of violence and Taliban rule, Mt. Noshaq itself was closed to climbing for almost three decades, only opening up again in 2009.  Only three Afghans have summited before Hanifa, making her the fourth Afghan to climb the mountain and the only Afghan woman. The first ascent made by Afghan men of Noshaq wasn’t until 2009 and itself was the theme of an empowering documentary.  The documentary tried to capture the beauty and resilience of a place, a culture, a nation that is more than just violence.  The first screening of the documentary in Kabul came two days after a suicide bomber killed the head of a peace council reaching out to insurgents.

Violence continues to be a part of life in Afghanistan.  The Ascend Athletics climb was almost cancelled itself when fighting in a neighboring district shut down the air strip.  In the end the climb was pulled off, and a statement of empowerment for women in Afghanistan as well people everywhere was made that can’t easily be silenced.

Led by Emily Drinkwater, an accomplished American climber and IFMGA-certified mountain guide, and cheered on by the other women in her team at base camp, Hanifa Yousoufi did something she knew she could, made history and finally stood on the top of her country’s highest mountain.  In a press release Yousoufi said, “I did this for every single girl…The girls of Afghanistan are strong and will continue to be strong.”