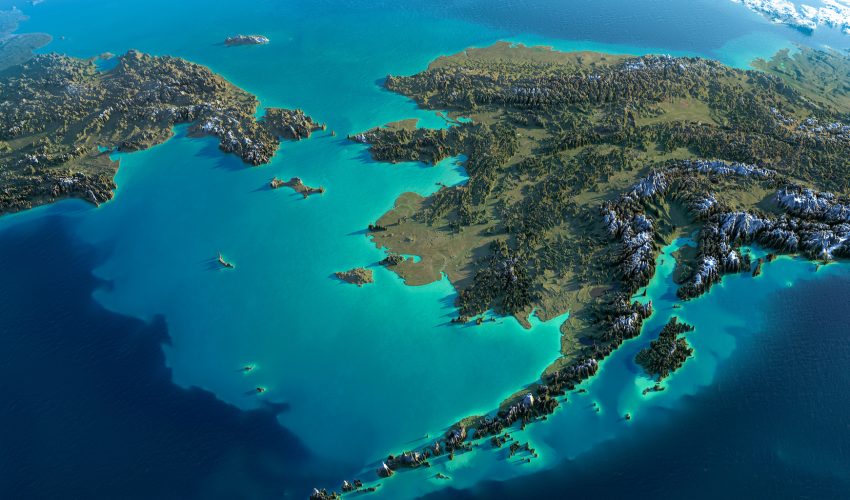 Genome sequencing the remains of an infant that lived over 11,000 years ago has shed light on the earliest populations that migrated into the Americas.

For the first time, researchers were able to find direct genetic traces of the earliest Native Americans and illustrate how people first entered Alaska in one wave rather than in several migrations.

The new study was conducted by researchers from the Universities of Cambridge and Copenhagen and was published in the journal Nature.

The researchers sequenced the genome of the remains of an infant girl discovered at the Upward Sun River archaeological site in Alaska 2013.

The results of the gene mapping showed that the girl’s genetic information did not match either the Northern or Southern branches of the early Native Americans, but instead, belonged to a different population known as Ancient Beringians.

There were connections between the Northern, Southern and Berginans genetics, suggesting that through time, the Ancient Beringians were possibly some of the first people to migrate into the Americas before separating into different groups.

“We were able to show that people probably entered Alaska before 20,000 years ago,” said Professor Eske Willersle, the leader of the study. “It’s the first time that we have had direct genomic evidence that all Native Americans can be traced back to one source population, via a single, founding migration event.”

Researchers believe that early settlers migrated to Alaska from Russia using a land bridge that spanned the Bering Strait. However, there is some debate about when this occurred and if the Americas were settled in one migratory wave or several.

For the study, the researchers compared genetic data from the archaeological remains of the infant girl with present-day Native American Populations and ancient Northern and Southern Native American genomes.

The Ancient Beringians emerged 36,000 years ago, and the Beringian genome is closer to early Native Americans than Ancient Asian and Eurasian ancestors.

“It looks as though this Ancient Beringian population was up there, in Alaska, from 20,000 years ago until 11,500 years ago, but they were already distinct from the wider Native American group,” said Jos Vctor Moreno-Mayar from the University of Copenhagen.

The study sheds light on ancient Native American migration, and gives convincing evidence for a single migratory event rather than multiple populations crossing the Bering Strait at different times before the end of the last Ice Age.