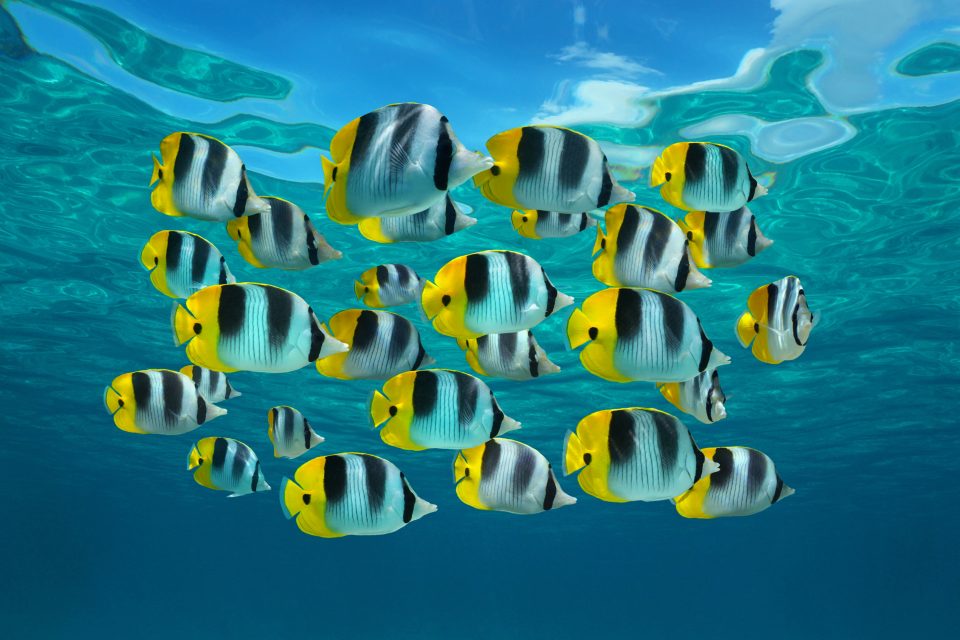 Fish play an underestimated role in the global carbon cycle by transferring carbon from the surface waters to the deep sea for storage. A new study from Rutgers University has revealed that fish help to sequester 1.65 billion tons of carbon through their feces and other excretions.

The experts estimate that fish make an enormous contribution of about 16 percent to the ocean’s total carbon sink.

“Our study is the first to review the impact that fishes have on carbon flux,” said study lead author Professor Grace K. Saba. “Our estimate of the contribution by fish – about 16 percent – includes a large uncertainty, and scientists can improve it with future research.”

Phytoplankton are tiny plant-like organisms that dwell in the ocean’s surface waters, where they absorb carbon dioxide from the atmosphere for photosynthesis. In a process known as the biological pump, this carbon is transferred to the depths of the ocean when algal material or fecal pellets sink.

“Carbon that makes its way below the sunlit layer becomes sequestered, or stored, in the ocean for hundreds of years or more, depending on the depth and location where organic carbon is exported,” explained Professor Saba. “This natural process results in a sink that acts to balance the sources of carbon dioxide.”

According to a report from ScienceAlert, long cylinders of fish feces can sink or travel thousands of feet in a single day, and the pellets are “oddly resistant to decomposition in the water.”

The researchers warn that human disturbances such as climate change and commercial fishing could disrupt the delicate balance of carbon sequestration in the ocean.

Study co-author Dr. Clive Trueman is an associate professor in Marine Ecology at the University of Southampton.

“Measuring the amount of carbon that is captured and stored by different kinds of animals and plants is very important as we try to reduce the total amount of carbon dioxide in the Earth’s atmosphere,” said Dr. Trueman.

“Disrupting ecosystems that actively store carbon could reverse some of the progress made in reducing carbon emissions. Similarly, protecting these natural carbon capture and storage services maintains our planet’s self-regulating systems.”

“Marine fishes can capture carbon through feeding and then export that carbon to the deep ocean as they excrete. Understanding just how much carbon is pooed into the deep ocean by fishes is challenging, however.  Scientists argue about the number of fishes present in the world’s ocean, exactly where they live, how much they eat, and how much, and where, they poo.”