Flash droughts are coming on faster due to climate change • Earth.com 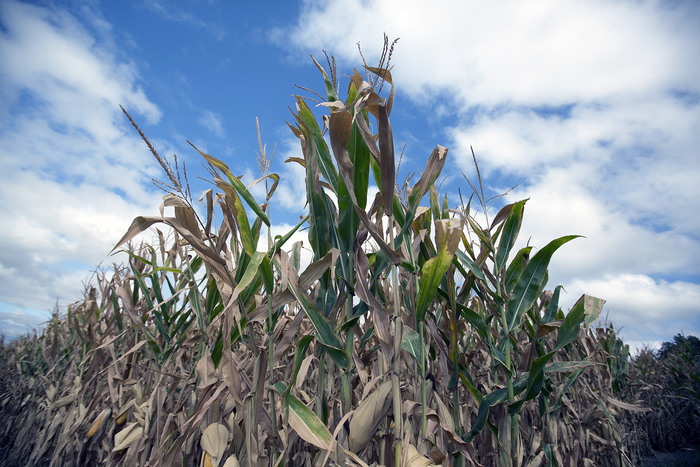 Flash droughts are coming on faster due to climate change

Just like flash floods, flash droughts occur rapidly, often drying out the soil in a matter of days. Such events can wipe out crops and cause enormous economic losses. According to an international research team led by the Hong Kong Polytechnic University, although the number of flash droughts has remained relatively stable over the past two decades, many of these droughts are coming on faster, sending areas into drought conditions sometimes within just five days.

The scientists analyzed global hydroclimate data sets that use satellite soil moisture measurements to capture how the dynamics of flash droughts has changed over the past 21 years. The data revealed that about 34 to 46 percent of flash droughts came on in just five days. The rest usually emerged within a month, with 70 percent developing in two weeks or less.

According to the researchers, rising global temperatures are most probably the main cause behind the fast onset of droughts. “Every year, we are seeing record-breaking warming episodes, and that is a good precursor to these flash droughts,” said study co-author Zong-Liang Yang, a professor of Geosciences at the University of Texas at Austin. “The hope and purpose of this research is to minimize the detrimental effects.”

Professor Yang and his colleagues have also discovered that humidity and variable weather patterns are influencing the emergence of flash droughts, with these events becoming more likely when there are shifts from humid to arid conditions like those occurring seasonally in Southeast Asia, the Amazon Basin, and the East Coast and Gulf Coast of the United States. In such areas, flash droughts that come on the fastest have increased by 22 to 59 percent.

“We should pay close attention to the vulnerable regions with a high probability of concurrent soil drought and atmospheric aridity,” said study co-author Shuo Wang, an assistant professor of Geosciences at the Hong Kong Polytechnic University.

The advancements in drought-detecting technologies and modeling tools have led to a growing awareness of the influence and impact of flash droughts. However, further research is needed to find ways of translating this knowledge into on-the-ground planning to mitigate the environmental and economic impact of such extreme weather events.