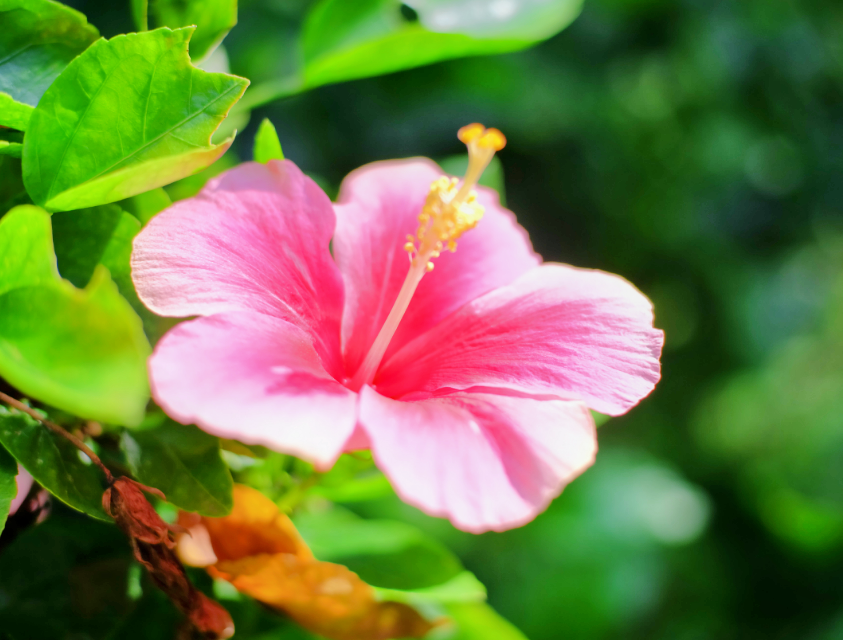 A recent study from the University of Cambridge found that flowers are employing “mechanical buckling,” a term that signifies the deformation of a structural component under load. The flowers are using this strategy to produce three-dimensional, iridescent patterns that can lure pollinators.

Although in civil engineering buckling is typically associated with mechanical failure and is something that engineers try to avoid at all costs, for flowers, this phenomenon is surprisingly employed to their advantage.

Flowers use a variety of strategies to attract pollinators, including not only the well-known employment of chemical color from pigments, but also the less-known phenomenon of iridescence – the optical effect produced by an intricate pattern of microscopic ridges on the surface of petals that diffract light. The scientists discovered that hibiscus flowers employ buckling to alter the deformations of the surface of petals in order to produce iridescence.

“The petal striations on hibiscus flowers develop during petal growth, and Professor Beverley Glover’s team, who were the first to discover the iridescence properties in flowers, suspected that they may be caused by mechanical properties as the petals expanded,” explained study lead author Dr. Sarah Robinson from the University of Cambridge’s Sainsbury Laboratory.

By using a robotic system developed to measure mechanical properties in plants, Dr. Robinson and her colleagues applied a certain force to stretch immature hibiscus petals which have not yet developed striations to check whether it was possible to mechanically induce the patterns.

“We saw striations appear almost instantaneously when a mechanical stress was applied. This told us that it was buckling that was causing a wrinkling of the petal surface and not a slower biological process,” explained Dr. Robinson. “We were able to measure the striations and show that they had the same properties as they do when they develop naturally.

Considering that more than 35 percent of the world’s crop harvests rely on animal pollinators, it is of crucial importance to gain a better understanding of how the relationship between plants and pollinators functions. This study, published in the journal Cell Reports, is a major step forward in elucidating this mysterious connection.