Scientists create flu-resistant chickens to prevent the next pandemic • Earth.com 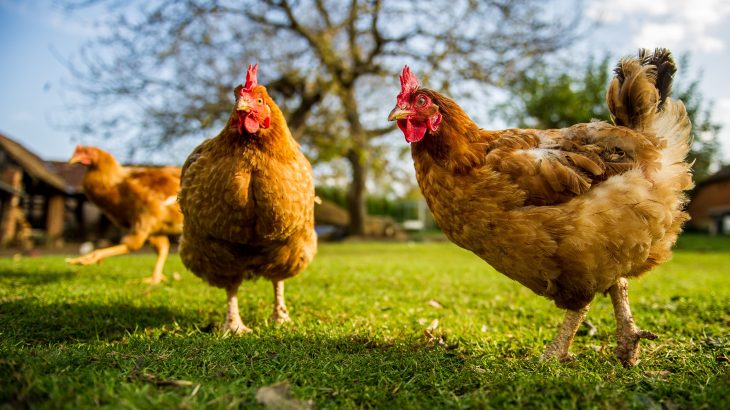 Scientists create flu-resistant chickens to prevent the next pandemic

The most recent influenza pandemic occurred in the years 2009-2010, and was caused by the H1N1 strain – which is considered to be relatively mild. But this “relatively mild” strain of flu resulted in the deaths of roughly half a million people around the globe. However, when compared to historic pandemics such as the Spanish flu in 1918 – which killed 50 million – the damage caused by the H1N1 pandemic does seem rather minimal.

Despite our distance from major influenza pandemics, it stands to reason that researchers and healthcare professionals do all they can to prevent these viruses from spreading. One of the major fears currently is that a deadly flu strain could jump from wild birds into humans through the poultry we raise and eat. The strain could then potentially mutate into a pandemic airborne form, which may spread more easily between humans.

Now, new research details how British scientists are developing gene-edited chickens, designed to be completely resistant to flu, in an effort to stop the next deadly pandemic. The first batch of transgenic chicks are scheduled to be hatched later this year at the Roslin Institute at the University of Edinburgh in Scotland, according to Wendy Barclay, a professor of virology at Imperial College London and co-leader of the research.

Researchers altered the birds’ DNA using the widely-publicized new gene editing technology called CRISPR. The edits made remove parts of a protein (ANP32) that the flu virus needs to survive, which then makes the chickens completely flu-resistant. In making these chickens resistant to influenza, this process could lead to us forming a buffer between humans and wild birds. “If we could prevent influenza virus crossing from wild birds into chickens, we would stop the next pandemic at source,” says Barclay.

Barclay has teamed up with scientists at Roslin Institute for this research. Ironically, Roslin is where scientists first cloned Dolly the sheep, so it’s really no surprise they are in the mix on another study that involves manipulating DNA.

Despite the researcher’s belief in the effectiveness of this gene-editing approach, Barclay knows that one of the biggest hurdles could be poultry producers’ concerns about public acceptance of these transgenic chickens. “People eat food from farmed animals that have been altered by decades of traditional breeding,” she says. “But they might be nervous about eating gene edited food.”