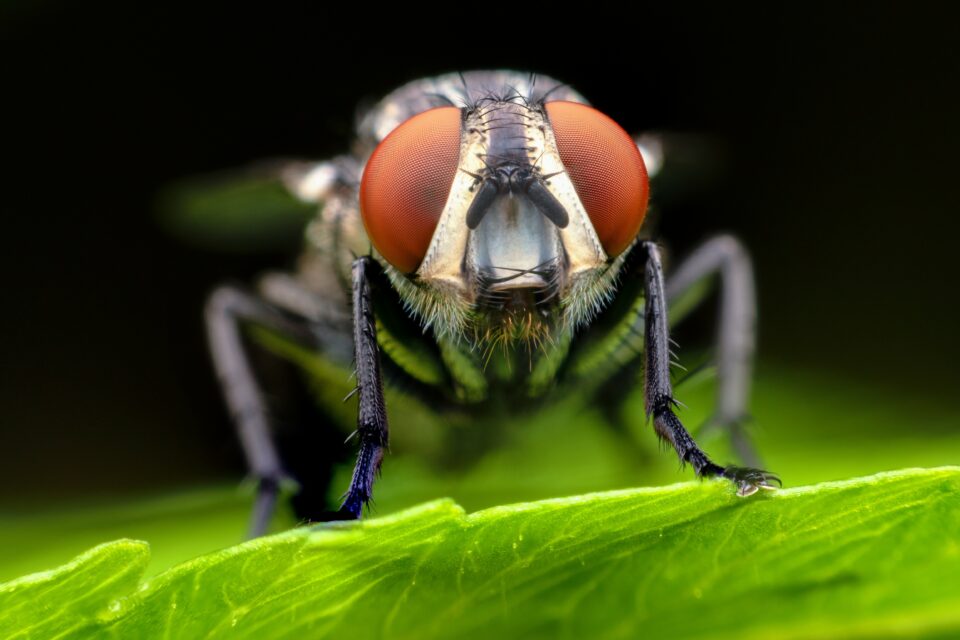 A new study led by researchers at the University of Copenhagen discovered a unique fly fungus that could be straight from a horror movie. The fungus survives by “bewitching” male flies into mating with dead female flies. The longer a female fly carcass has rotted, the greater the male’s lust.

The fungus can eject its infected spores at up to 10 meters a second, which is among the fastest of nature’s movements.After infecting a female fly, the fungus spreads until its host has slowly been consumed alive from within.

After six days, the fungus takes over the behavior of the female fly and forces it to the highest point, where the fly then dies. When the fungus has killed the zombie female, it releases chemical signals known as sesquiterpenes.

“The chemical signals act as pheromones that bewitch male flies and cause an incredible urge for them to mate with lifeless female carcasses,” explained study co-author Henrik H. De Fine Licht.

As male flies copulate with dead females, they are the next to become infected and left to suffer the same gruesome fate. In this way, the fungus spreads to new victims to ensure its own survival.

“Our observations suggest that this is a very deliberate strategy for the fungus. It is a true master of manipulation – and this is incredibly fascinating,” said De Fine Licht.

“We see that the longer a female fly has been dead, the more alluring it becomes to males. This is because the number of fungal spores increases with time, which enhances the seductive fragrances,” explained De Fine Licht.

The study provides gory, yet fascinating insight into nature’s mechanisms. It also provides new knowledge that may lead to effective fly repellents in the future.

“Flies are quite unhygienic and can sicken humans and animals by spreading coli bacteria and any diseases that they are carrying. So, there is an incentive to limit housefly populations, in areas where food is being produced for example,” said De Fine Licht.

“This is where the Entomophthora muscae fungus may prove useful. It might be possible for us to use these same fungal fragrances as a biological pest control that attracts healthy males to a fly trap instead of a corpse.”

The research is published in the The ISME Journal.