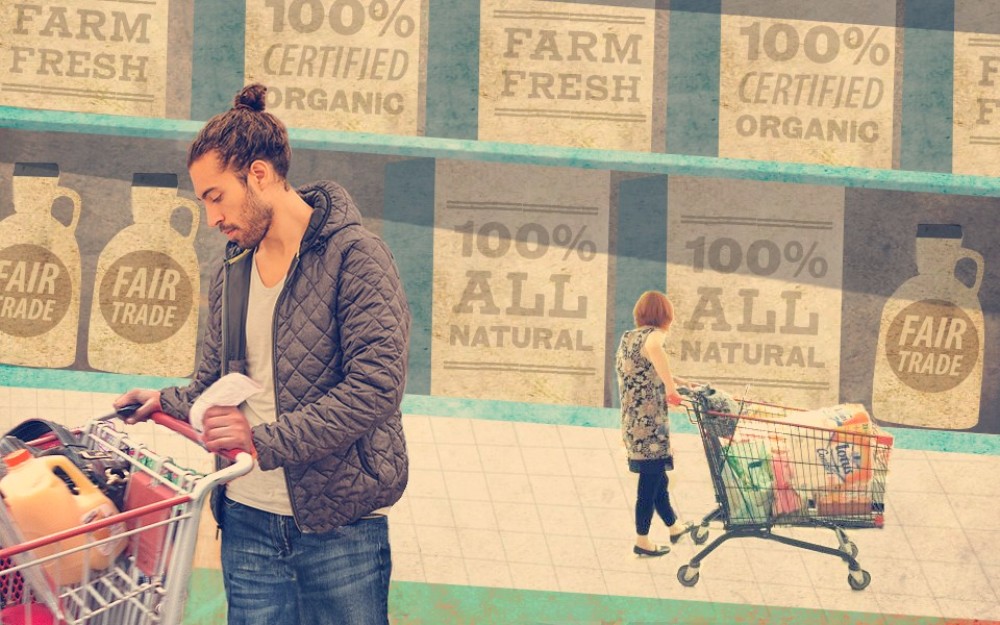 Not always, according to researchers led by the University of Delaware. Some of the foods sporting such labels are no healthier than other snacks or treats. Other foods are healthy, but overlooked because they lack a label.

The problem is that too many labels have loose regulations or little science behind them, the economists found. But because they sound good, they can make customers feel like they’re buying healthy food and ignoring unhealthy choices when that’s not actually the case.

“That has me worried about the poor and those who are food insecure, because now you’re trying to make everything a high-end food choice,” said Dr. Kent Messer, the study’s lead author and an expert on environmental and agricultural economics. “And frankly, we just want to have healthy food choices, we don’t need to have extra labels that scare away people.”

Food labels like “organic” and “fair trade” describe the process of how the food is produced, not the overall outcome for diners’ health, the researchers said. However, shoppers who haven’t learned all of the meanings behind these so-called process labels may not realize that a gluten-free cookie can be just as unhealthy as one that uses wheat-based ingredients – or even more.

Which doesn’t mean the labels are all bad.

“The good part is that process labels can help bridge the trust between the producer and the consumer because it gives the consumer more insight into the market,” Messer said in a press release. “New products can be introduced this way, niche markets can be created, and consumers, in many cases, are willing to pay more for these products.”

The downside, though, is that customers in a rush for time and with too much information may grab a food item labeled “natural,” thinking that means it’s organic or free of genetically modified organisms. But that’s not what the label means.

And sometimes, labels ride a trend that people think is good, but may not be. The locavore movement is an example. While is some cases, eating locally raised food is good for the environment – it cuts down on transport-produced greenhouse gases, for example – it’s situational.

Messer offered the example of tomatoes. Creating an artificial environment that would allow them to grow in Canada actually uses more energy and creates more waste than shipping them from Florida, he said.

Backlashes against genetically engineered food has led to fewer investments in agricultural science and fewer options for a growing global population in need of food, he added. Similarly, if people have access to what they believe is “safe” food, clearly labeled, they stop pushing for standards and regulations that make all foods safe, the researchers wrote.

The researchers don’t expect food companies to stop using process labels anytime soon. They’ve divided their study into three portions – the good, the bad and the ugly – to highlight ways in which labels are useful, and ways they are not. For example, labeling water “gluten-free” is not only not useful, because water doesn’t contain gluten normally, but it makes some shoppers suspicious of unlabeled water.

Instead, the researchers had three recommendations for making labels more useful and less damaging to the food industry: First, have mandatory labeling only when a product has been shown to harm human health. Second, governments should not ban process-based food labels, because when used correctly, they can help shoppers learn more about their food. Third, food companies should provide information to help shoppers decipher labels, perhaps through something like a smartphone app.

The study has been published in the journal Applied Economic Perspectives and Policy.

Image credit: The University of Delaware