Food of the future: breadfruit is resistant to climate change • Earth.com 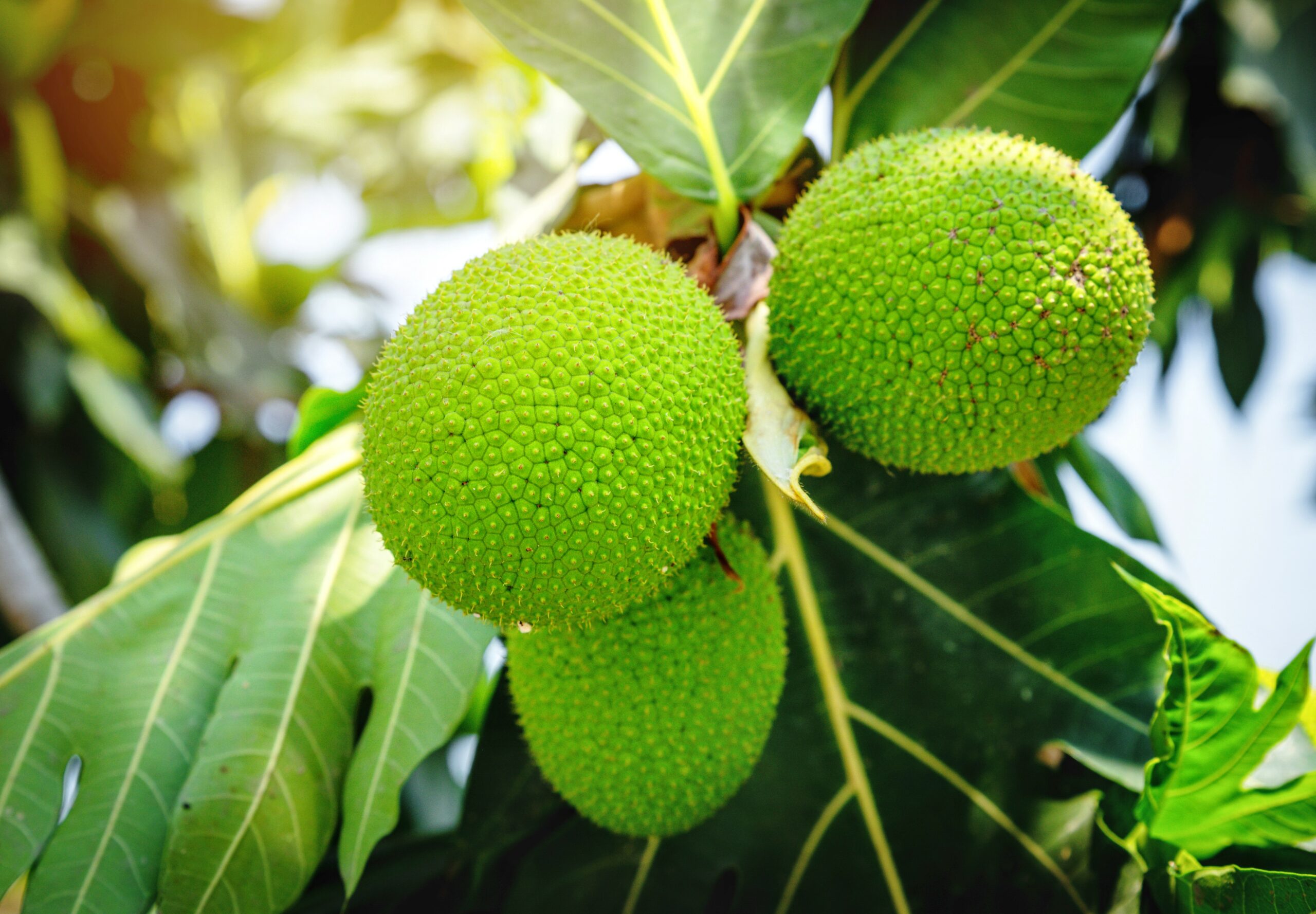 There’s a lot of talk about how crops might suffer under climate change. New research from Northwestern University finds that staple crops such as soy, corn, and rice will all be hurt by a warming climate. The researchers also found one staple crop that is expected to be unfazed by climate change – breadfruit, a native of the Pacific Islands.

Because the starchy fruit is resistant to climate change and grows well in areas with food insecurity, the researchers predict it could become more common as a staple food in other places as well.

“Breadfruit is a neglected and underutilized species that happens to be relatively resilient in our climate change projections,” said study senior author Daniel Horton. “This is good news because several other staples that we rely on are not so resilient. In really hot conditions, some of those staple crops struggle and yields decrease. As we implement strategies to adapt to climate change, breadfruit should be considered in food security adaptation strategies.”

Despite its name, breadfruit is a starchy, seedless plant that has been boiled, fried, roasted or fermented for thousands of years. Like many other staples, breadfruit can also be made into flour.

Nyree Zerega is the director of the Program in Plant Biology and Conservation, a partnership between Northwestern and the Chicago Botanic Garden.

“Breadfruit trees can live for decades and provide a large amount of fruits each year. In some cultures, there is a tradition to plant a breadfruit tree when a child is born to ensure the child will have food for the rest of their life,” said Zerega.

The researchers cultivated breadfruit under conditions reflecting two possible climate scenarios: one with an unlikely high amount of carbon and a second under a more likely scenario where carbon levels out. Under both conditions, breadfruit growth was relatively unaffected.

Next, the scientists identified places where breadfruit cultivation could be expanded – mainly in sub-Saharan Africa – and found that many of these places already suffer food insecurity. Breadfruit may be a possible solution as well as a future global solution.

“Climate change further emphasizes the need to diversify agriculture, so the world doesn’t rely on a small number of crop species to feed a large number of people,” Zerega said.

The study is published in the journal PLOS Climate.