Small changes in your diet can reduce environmental impacts of food production • Earth.com 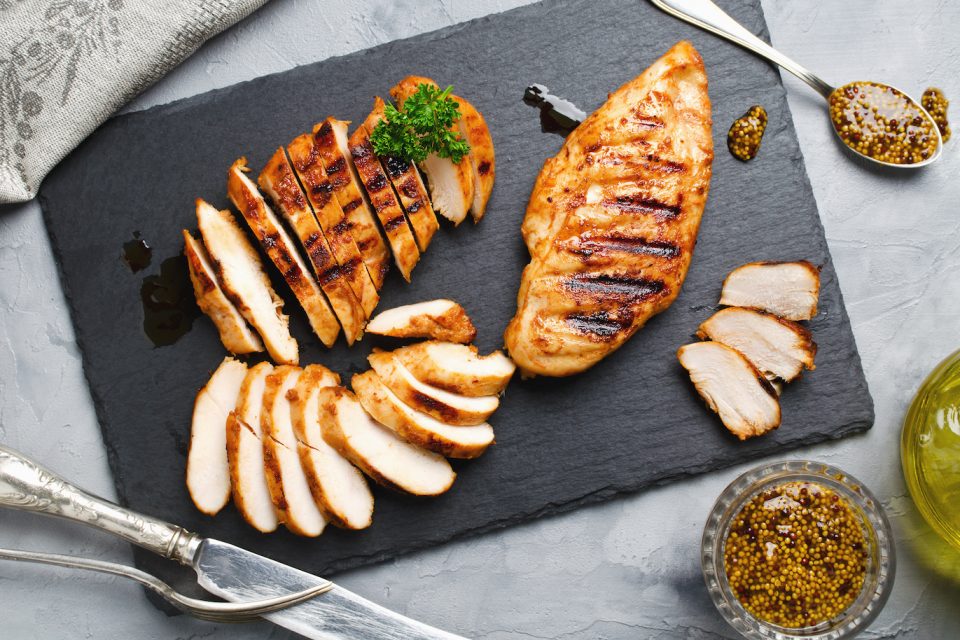 A new study from the American Society for Nutrition has revealed that carbon emissions from food production could be substantially lowered with very small dietary changes.

The researchers analyzed the diets of thousands of people in the United States and found that replacing just one food item each day would lead to remarkable progress in lowering individual carbon footprints.

“We found that making one substitution of poultry for beef resulted in an average reduction of dietary greenhouse gases by about a half,” said Dr. Rose. “To our knowledge, this is the only nationally representative study of the carbon footprint of individually chosen diets in the U.S.”

“We hope this research will raise awareness about the role of the food sector in climate change and the sizable impact of a simple dietary change.”

The study was focused on data from more than 16,000 participants in the 2005-2010 National Health and Nutrition Examination Survey. The individuals reported on all of the foods they had consumed in the previous 24 hours. This information was used to calculate a carbon footprint for each diet and to determine which foods were associated with the highest levels of harmful greenhouse gas emissions.

The study revealed that the 10 foods with the highest impacts on the environment were all cuts of beef that were consumed by about 20 percent of the participants. The researchers calculated a new carbon footprint for each diet by swapping one serving of beef with a closely-related poultry product. For example, ground beef was replaced with ground turkey.

“Our simulation showed that you don’t have to give up animal products to improve your carbon footprint,” said Dr. Rose. “Just one food substitution brought close to a 50% reduction, on average, in a person’s carbon footprint.”

The study authors noted that food waste and overeating also increase the carbon footprint of each individual diet. In addition to eating low-carbon foods, they recommend better meal planning and eating leftovers.

The research will be presented by Dr. Rose at Nutrition 2019 in Baltimore.