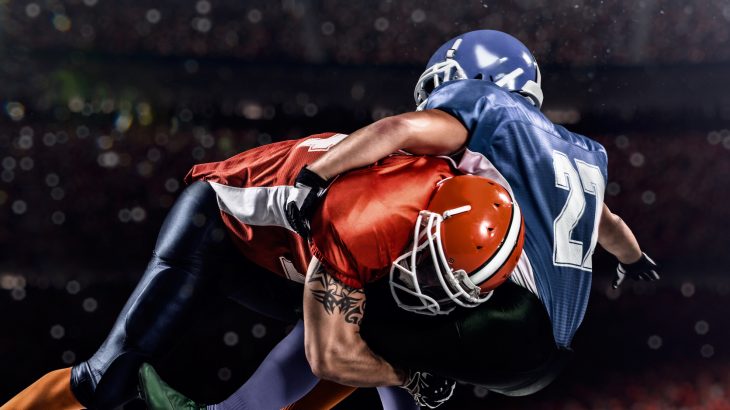 Experts at Harvard Medical School are reporting that certain playing positions, as well as longer careers, can increase the long-term risk for serious cognitive problems among football players. The study may be the first of its kind to investigate the relationships between career length, position, and cognitive and mental health outcomes in professional football players.

The research was focused on nearly 3,500 former NFL players as part of the ongoing Football Players Health Study at Harvard University. The analysis showed that players who experienced concussions had a higher risk for serious cognitive problems, depression, and anxiety, which persisted for as long as 20 years following injury.

While previous studies have found a link between starting football at a young age and cognitive problems in adulthood, the current study did not produce any evidence to support such a link.

“Our findings confirm what some have suspected – a consistently and persistently elevated risk for men who play longer and who play in certain positions,” said study lead author Andrea Roberts. “Our results underscore the importance of preventing concussions, vigilant monitoring of those who suffer them and finding new ways to mitigate the damage from head injury.”

The study revealed that for every five additional seasons a player was active, there was almost a 20-percent increase in the risk of cognitive issues such as confusion and memory deficits. Career length also influenced the threat of depression, with every five seasons boosting the risk by nine percent.

Running backs, linebackers, and special teams players reported the most concussion symptoms. The researchers found that this group had twice the risk for serious cognitive problems and a nearly 50-percent greater risk for depression and anxiety compared to players in other positions.

“The overarching goal of the Football Players Health Study is to unravel risk factors and disease mechanisms and to inform interventions that preserve and optimize player health and wellness,” said study senior author Professor Marc Weisskopf. “These latest findings confirm much of what we know but they add much needed granularity and specificity to risk magnitude by career length and position.”

“Clearly, not everyone who sustains a concussion is destined for cognitive trouble, but the results of the research highlight just how critical it is to continue to find ways to prevent head injuries from occurring in the first place because of the many downstream and long-lasting effects on physical, cognitive and mental health,” concluded Professor Ross Zafonte.

The study is published in the American Journal of Sports Medicine.