Even routine hits from playing football can cause serious brain damage • Earth.com 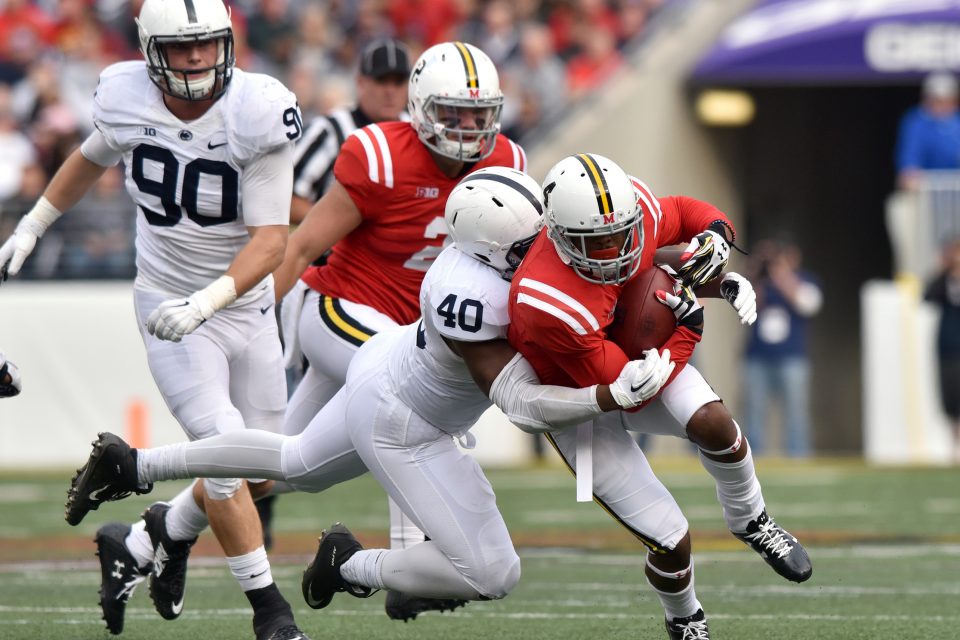 Even routine hits from playing football can cause serious brain damage

Even routine hits from playing football can cause serious brain damage. Concussions and contact sports like football, soccer, and hockey seem to go hand in hand. But the long-term health risks of repeated head injuries from playing contact sports might not fully manifest until later on in life.

A new study has found that while serious concussions are often get most of the attention, routine hits during games over just one season can cause damage to the brain.

Researchers from Carnegie Mellon University and the University of Rochester Medical Center monitored college football players to see how one season impacted brain structure and activity. Even routine hits from playing football can cause serious brain damage

Thirty-eight National Collegiate Athletic Association players at the University of Rochester were fitted with accelerometers in their helmets which recorded accelerative force during every practice and game.

The accelerometers recorded any contact to the head that resulted in a force of ten gs or greater. The researchers also took brain scans of the players before after the football season.

“We measured the linear acceleration, rotational acceleration and direction of impact of every hit the players sustained,” said Adnan Hirad, the lead author of the study. “This allowed us to create a three-dimensional map of all of the forces their brains sustained.”

At the end of the season, the players sustained almost 20,000 hits including all practices and games. Half of the hits exceeded 25 gs, but only two out of the 20,000 hits resulted in clinically diagnosed concussions.

The brain scans showed that two-thirds of the players had less white matter integrity in their brain after the season.

The white matter damage was directly linked to the number of hits to the head each player sustained.

“Public perception is that the big hits are the only ones that matter. It’s what people talk about and what we often see being replayed on TV,” said Brad Mahon, the senior author of the study. “The big hits are definitely bad, but with the focus on the big hits, the public is missing what’s likely causing the long-term damage in players’ brains. It’s not just the concussions. It’s everyday hits, too.”

The midbrain, located in the center of the head beneath the cerebral cortex, is especially vulnerable to head hits but the midbrain plays a role in functions like eye movement.

“This study suggests that midbrain imaging using diffusion MRI might be a way in the future to diagnose injury from a single concussive head hit and/or from repetitive sub-concussive head hits,” said Dr. Jeffrey Bazarian, a co-author of the study.

The researchers also studied a group of athletes from different contact sports, 29 of which had suffered concussions.

Brain scans and blood sample analysis after injury showed that head injuries resulted in decreased structural integrity in the midbrain and an increase in the protein tau in the blood.

“Our research, in the context of prior research over the past several years, is beginning to indicate that the accumulation of many sub-concussive hits is instrumental in driving long-term damage in football players’ brains,” said Mahon. “An important direction for future research will be to carry out larger-scale longitudinal studies of contact sports athletes in various ages groups.”