Forecasting the impact of climate change on the world's biodiversity • Earth.com 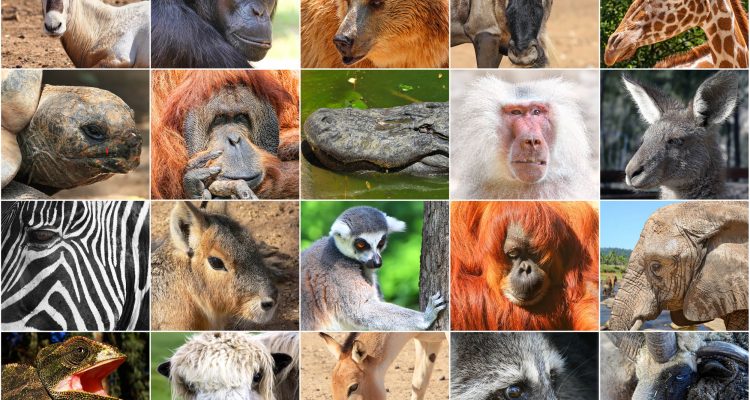 Forecasting the impact of climate change on the world's biodiversity

Byadmin
Earth.com staff writer
Scientists are increasingly concerned about the impact of climate change on the world’s biodiversity and much effort has been placed into forecasting the response of species to these changes over the next century. Research aiming to forecast species’ responses often assumes that species are adapted to current climate conditions and will follow their preferred climates during future climate change. However, the distribution of species today may largely be a product of the climate of the deep past, or paleoclimate.

The legacy of paleoclimate on modern biodiversity patterns is the subject of a new study led by Arizona State University’s John Rowan and Kaye Reed in Proceedings of the Royal Society B, along with researchers from the University of Massachusetts, Amherst, and the University of Michigan, Jason Kamilar and Lydia Beaudrot, respectively. Rowan is a graduate student in the School of Human Evolution and Social Change and Reed is a Research Associate with the Institute of Human Origins and President’s Professor with the School of Human Evolution and Social Change. 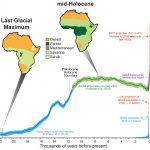 The study examined how the community structure of three different mammal groups (carnivorans, like lions and hyenas; primates, like gorillas and baboons; ungulates, like wildebeest and zebra) was influenced by modern and past climates. They found that, unlike all other groups, primates have closely followed their preferred climates through time. This is because primates are highly dependent on forests for their survival and have shifted their distributions in response to the changing distribution of forests through wet and dry periods over the last 22,000 years. Carnivoran and ungulate communities, like mammals overall, are more closely linked with past climate.

Their startling finding, that past climates are more important to the structure of mammal communities than modern climate, implies that African mammal species have either failed to move with their preferred environments over the last several thousand years of climate change or that these species are ecologically flexible and can persist in wide range of climatic conditions. If species have failed to move with their preferred environment through time to the present, then there is a significant time lag between climate change and species’ response. Even worse, this time lag occurs under natural rates of climate change — much slower than rates of anthropogenic climate change.

“The three- to four-degree increase from the Last Glacial Maximum to the present occurred over several thousand years,” Rowan says, “and was a shift from an ‘Ice Age’ world to a warmer one. Now, we’re looking at up to a four degree shift in less than a century, and one in which we go from a warm world to an even warmer one. The magnitude and rate of climate change we see over the next century may be unprecedented in Earth’s history — species are, in a very real sense, going to have to cope with something they’ve never experienced before. It’s a whole new world.”

On the other hand, the second possibility offers a more optimistic point of view. If African mammal species are ecologically flexible and can persist in a wide range of climate conditions, then they may be able to cope with future changes. However, the vastly faster rates of anthropogenic climate change casts doubt on this hopeful view.

“Even if species are flexible enough to have coped with gradual climate changes over the last several thousand years, we still don’t know how they will respond to rapid changes. This uncertainty makes devising robust conservation actions one of the most daunting challenges of the twenty-first century,” says Rowan.

“The results of this study on past climate influence can be used to compare the effects of other possible drivers of species distributions and community structure, such as human disruptions of the environment,” says Reed. “This will enable forecasting in the future that will be able to analyze the effects of multiple causational factors and lead to better conservation plans for mammal species.”

The Institute of Human Origins (IHO) and the School of Human Evolution and Social Change are units of the College of Liberal Arts and Sciences at Arizona State University. IHO is one of the preeminent research organizations in the world devoted to the science of human origins.