Forest biomass processing plants are too expensive for most communities • Earth.com 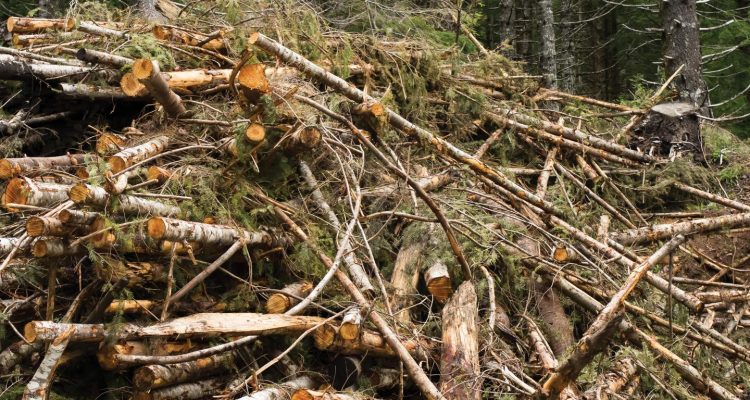 Forest biomass processing plants are too expensive for most communities

The costs of implementing forest biomass processing plants in rural communities are too high, according to a new study. Economists at Oregon State University conducted the study to determine if biomass operations in remote areas are feasible.

The team from the University’s College of Forestry projected the cost of operations including collecting, transporting, and processing forest biomass at 65 existing plants in western Oregon. The analysis, published in the journal Forest Policy and Economics, determined it is unlikely the remote operations will happen any time soon.

Biomass includes excess tree branches and plant material left behind by timber harvesting operations. The biomass can be processed to create fuel.

In studying the economics of forest biomass operation in the potential western Oregon locations, scientists concluded operation and transportation costs are too high, while the market value of biofuel is too low for successful implementation.

Support for the research came from the Northwest Advanced Renewables Alliance led by Washington State, and was funded through the National Institute of Food and Agriculture in the U.S. Department of Agriculture.

While biomass operation could greatly boost the economy of rural areas, the researchers concluded it will not currently be sustainable without government support and grants.

Lead researcher Mindy Crandall is now an assistant professor at the University of Maine. “There’s a lot of interest in focusing on the use of biomass to meet multiple objectives, one of which is support for rural communities,” Crandall said in a news release.

“We thought this might provide some support for that idea,” Crandall stated. “But from a strictly market feasibility perspective, it isn’t all that likely that these facilities will be located in remote, struggling rural communities without targeted subsidies or support.”

New markets such as aviation fuel may place a higher demand on forest harvest residues. The first flight using biomass aviation fuel was flown by Alaska Airlines last month from Seattle to Washington D.C., according to OSU professor of forestry John Sessions.

Researchers also anticipate technology will improve the efficiency of biomass systems, leaving the possibility for rural biomass operations in the future.