Fossilized sea turtle was flattened by a dinosaur 150 million years ago • Earth.com 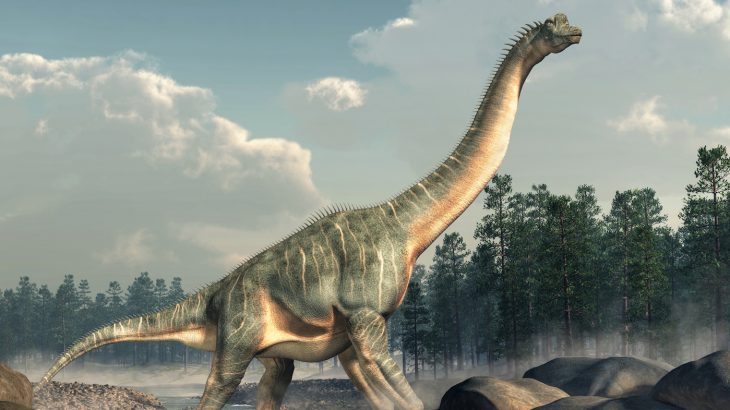 Paleontologists have been studying a fossilized turtle shell that was flattened into the Earth when it crossed paths with a massive dinosaur approximately 150 million years ago.

The unique remains were discovered at a dig site in the Jura Mountains between Switzerland and France in 2007. Although around 100 fossilized turtle shells were uncovered at the site, this particular turtle was the only one who had been flattened.

The experts theorize that the turtle was inadvertently crushed under the foot of a giant sauropod. These long-necked herbivores were some of the largest land animals in the history of the planet.

The scientists agree that the encounter took place during the Jurassic Period, which was named after the Jura Mountains.

Dr. Daniel Marty is a paleontologist at the Natural History Museum in Basel. He told the New York Times that the evidence showing the turtle was stepped on is pretty clear. “It’s kind of a funny thing, and it also shows that these two animals were in the same paleoenvironment. It’s a real time-crossroad.” 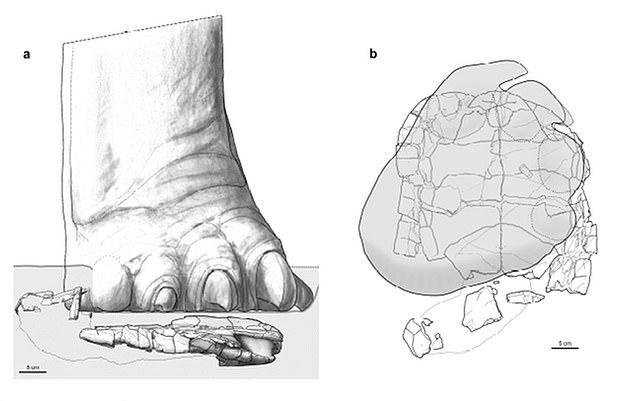 The encounter may have taken place as the turtle was crossing mud flats in pursuit of a beach where it could lay its eggs. Another idea is that the turtle became stranded in the mud or dried out and died on its journey before it was stepped on.

The Jura Mountains are no longer close to the ocean, but the positions of the continents have changed tremendously in the years since the Jurassic Period. During the excavation in this region, the experts found around 100 fossilized sea turtles surrounded by more than 15,000 dinosaur footprints.

Jordan Mallon is a paleontologist at the Canadian Museum of Nature, who was not involved in the research. He described the theory proposed by Dr. Marty’s team as being “plausible.”

“It’s important to document fossils like this where you can try and show two species lived together,” Mallon told the New York Times. “It’s only by doing that that we’re able to reconstruct ancient ecosystems.”

The study is published in the Swiss Journal of Geosciences.