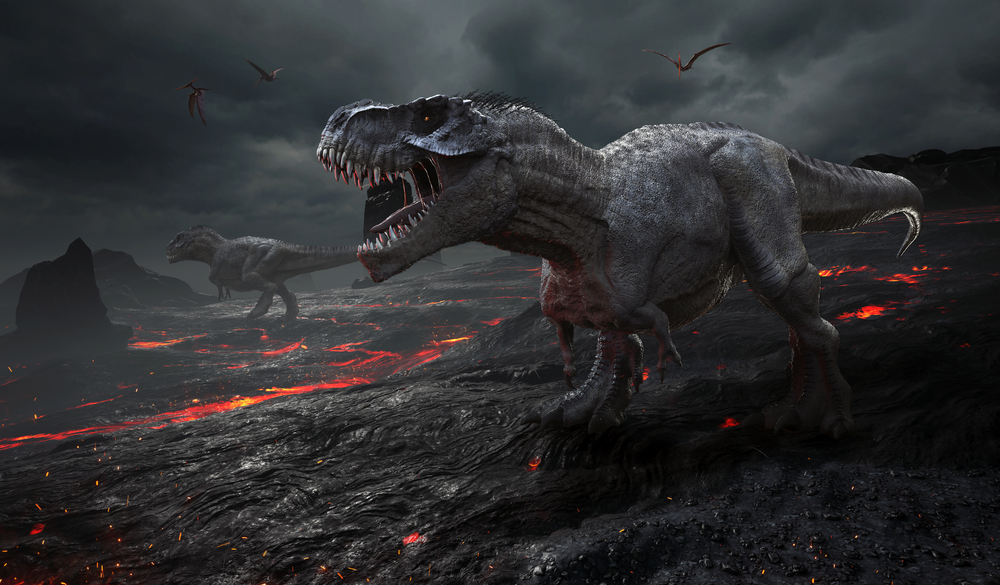 Leftovers from insect meals in South America are offering up new information about the mass extinction event that killed the dinosaurs.

The leaf fossils discovered in Patagonia, Argentina are helping scientists learn about how ecosystems recovered after an asteroid struck Earth approximately 66 million years ago, ending the Cretaceous Period.

The fossils offer a unique perspective into the disaster because most of what scientists know about the disaster is from fossils close to the impact site in Chicxulub, Mexico, according to doctoral student Michael Donovan of Pennsylvania State University, who authored the study published Monday in the journal Nature Ecology & Evolution.

The leaf-mining insects that munched on leaves in Patagonia were wiped out after the asteroid hit, much like the leaf-mining insects close to the impact site in the western United States. In the area that is now the U.S., however, it took 9 million years for insect populations to recover. In Patagonia, farther from the impact site, it took only 4 million years for insect diversity to bounce back from the die-off.

The scientists’ conclusion is based on analysis of 3,646 different leaf fossils from Patagonia. The researchers searched for signs of leaf-mining insects, whose larvae burrow through leaves as they eat, leaving unique patterns and droppings as they go.

While they found no evidence that any leaf-miners survived the initial impact, nixing the team’s original hypothesis that the region south of the asteroid impact had offered some protection from the extinction event, they found signs that new leaf-mining insect species emerged in that regional much sooner than in the U.S.

The quicker recovery could indicate that South America didn’t feel the ground zero effects of the asteroid for as long as North America did. When the asteroid struck, it likely sent up a massive cloud of debris, blocking the sun and causing global temperatures to drop.

As plant life rebounded, insect species began to diversify again to fill the niches left behind by the bugs that died out, like the leaf-miners.

The study offers new insight into modern biodiversity; mammal species began expanding and diversifying in the wake of the Chicxulub asteroid impact. The impact is believed to have wiped out the dinosaurs and many other species.