Why free trees are not always welcomed by city residents • Earth.com 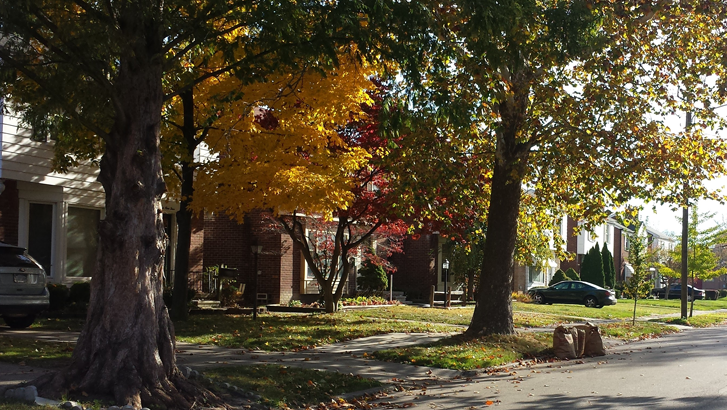 Why free trees are not always welcomed by city residents

A new study by Christine Carmichael of the University of Vermont is the first to explore what makes some people opposed to city tree planting programs. In Detroit, for example, around 25 percent of eligible residents rejected the option of having free trees planted in their neighborhoods between 2011 and 2014.

“This research shows how local government actions can cause residents to reject environmental efforts – in this case, street trees – that would otherwise be in people’s interests,” said Carmichael.

Her investigation revealed that the opposition in Detroit resulted from negative experiences with street trees in the past. In low-income neighborhoods, in particular, residents were left to deal with an estimated 20,000 dead or hazardous trees when Detroit lost its maintenance program due to budget cuts.

Many people rejected the idea of the new trees because they believed responsibility for maintaining the trees would eventually fall on them. “Even though it’s city property, we’re gonna end up having to care for it and raking leaves and God knows whatever else we might have to do,” said one resident.

The Greening of Detroit, a non-profit contracted by the city to plant trees, selected tree species that could survive in urban environments to avoid the previous issues.  They also guaranteed maintenance of trees for three years after planting, but the residents remained skeptical.

Carmichael found that many residents also wanted greater decision-making power in selecting which trees were planted. “By not giving residents a say in the tree planting program, they were re-creating the same conflicts that had been happening in the city for a long time.”

Carmichael said that simple steps could reduce tensions, such as allowing residents a choice over which kind of tree will be planted in front of their home. More follow-up communication would also help to guarantee that trees are cared for, and that residents do not feel burdened with tree maintenance.

Monica Tabares of The Greening of Detroit explained that increased spending by Detroit’s forestry department, as well as a change in the organization’s leadership, has now led the group to focus more on community engagement.

After Carmichael presented the study findings to The Greening of Detroit, the organization has begun training the youth they hire to water street trees and interact with residents. “As a result of our refined focus, our program has brought thousands of residents together to not only plant trees, but gain a greater understanding of the benefits of trees in their communities.”

The study is published in the journal Society and Natural Resources.