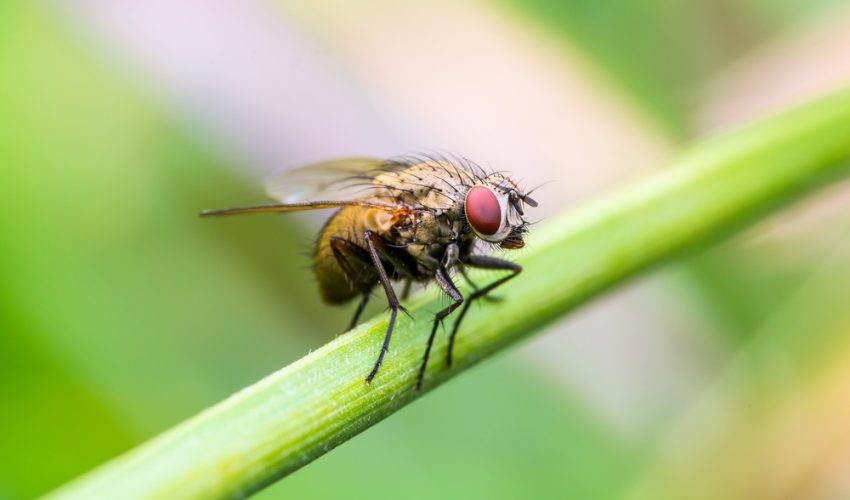 Fruit fly brains are tiny, but that doesn’t mean that they’re simple. In fact, the navigational center of a fruit fly’s brain is actually very sophisticated, according to a new study by scientists at the Janelia Research Campus.

Deep within each fruit fly’s brain is a doughnut-shaped structure where neurons and special nerve cells form a delicate compass. Part of the structure, a group of nerve cells called the ellipsoid body, form the needle.

As a fruit fly travels, even delicate shifts in direction cause activity in the ellipsoid body that allow the fly to know exactly where it is at all times.

“It’s a window into something that borders on cognition,” group leader Dr. Vivek Jayaraman said in a press release.

The research team had determined this much as early as 2015, but continued their research into the structure of fruit fly brains. Now, they may have determined exactly how this miniscule compass actually works.

A “handlebar” of neurons sit above the ellipsoid body, and the two structures send signals back and forth. Because of its location and the delicate connection, the handlebar neurons can “steer” the ellipsoid body.

“Essentially you have a set of puppet strings by which you can pull the activity one way or another,” Jayaraman said.

By genetically engineering the flies so that their neurons glowed when active and then watching them through a specialized microscope, the scientists were able to watch this interplay at work.

While the scientists are still not quite sure how the entire process works, they’ve gained a key to understanding the navigational center of fruit fly brains.

Understanding how navigation works in fruit fly brains could offer some insight into how humans are able to navigate their world so effectively, the scientists said.

The Janelia Research Campus is part of the Howard Hughes Medical Institute, a philanthropic group that works to advance biomedical research and science education.

The group’s most recent research will be published today in the journal eLife.