A full moon and a meteor shower will light up the solstice sky • Earth.com 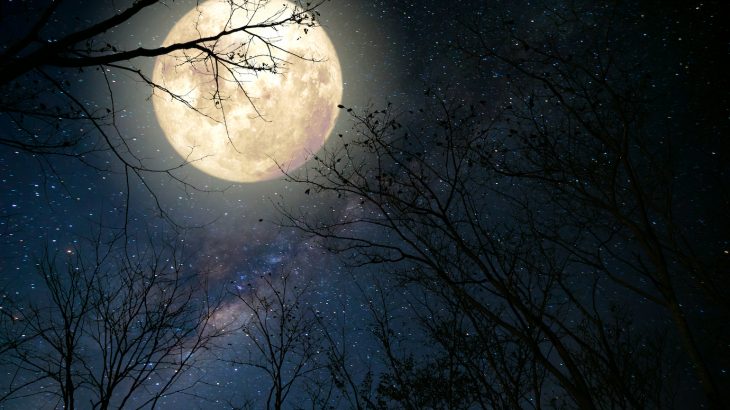 Friday, December 21st marks the shortest day of the year for the Northern Hemisphere, which means that going forward, the days will only start getting longer.

Tonight’s Solstice will include both a full moon and a meteor shower, making it a particularly special evening.

The tilt of Earth’s axis is what determines Solstice as it orbits around the Sun. For those in the Northern Hemisphere, Winter Solstice occurs when the Earth’s tilt is furthest from the Sun.

The further north you go, the shorter the days become and in cities like Juneau and Fairbanks in Alaska, the sun sets around 3:00 in the afternoon on Solstice.

People in the Northern Hemisphere are in for a treat because tonight’s Solstice sky will be lit up by both a full moon and the Ursid meteor shower.

December’s full moon will be visible both Friday and Saturday evening. The moon, called a Full Cold Moon, will be at its peak on Saturday night.

Unfortunately, because the moon will be at its biggest and brightest, it may make the Ursid meteor shower harder to see.

The Ursid meteor shower gets its name from the Ursa Minor constellation where the meteors are said to originate, and the shower first started on December 17th.

It’s a yearly meteor shower, so if you don’t see any meteors this year there’s always next, but lucky stargazers may see as many ten meteors per hour at its peak on December 23rd.