Future hurricanes projected to get wetter and windier • Earth.com 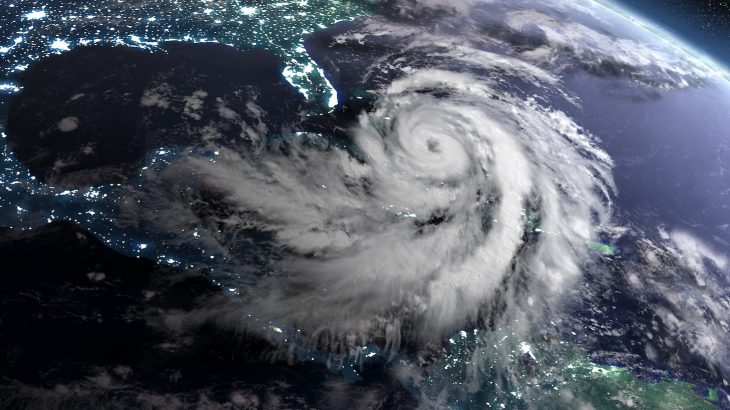 As we previously reported, scientists have confirmed that 2017’s Hurricane Harvey was intensified by warming ocean waters driven by climate change.

Now, recent supercomputer simulations have revealed that future hurricanes will have more rainfall and stronger winds. The research also shows that climate change has increased the amount of rainfall from recent hurricanes by 5 to 10 percent.

The study was conducted by climate scientists from the Department of Energy’s Lawrence Berkeley National Laboratory and published in the journal Nature.

By using data on past hurricanes to simulate the storms in past and future scenarios, the researchers were able to examine how human activities impacted past storms and will affect future events.

For example, the researchers modeled Hurricane Katrina in a past scenario using pre-industrial climate conditions which showed just how much human activities changed the storm’s precipitation and wind speed.

The researchers choose to model 15 hurricanes and tropical cyclones that occurred over the last decade for the study.

“We’re already starting to see anthropogenic factors influencing tropical cyclone rainfall,” said Christina Patricola, the lead author of the study. “And our simulations strongly indicate that as time goes on we can expect to see even greater increases in rainfall.”

The team’s method, combined past observations and future scenarios and each of the 15 hurricanes, was simulated in five different climate scenarios. Each of the scenarios was then repeated ten times to ensure accurate results.

“One of the important things about this study is that we were able to use the same climate model and methodology for 15 storms, which allows us to assess how robust the results are, and had never been done before,” said Patricola said.

As far as how climate change impacted the 15 storms, the researchers found that rainfall was 5 to 10 percent more intense compared to storm scenarios using pre-industrial climate conditions.

“You can certainly use your expert judgment in a better way after the fact,” said Michael Wehner, a member of the research team. “So you simulate the event in the world that was, followed by simulating a counterfactual storm in a world that might’ve been had humans not modified the climate system.”

After simulating pre-industrial scenarios, the researchers modeled the 15 storms in three future scenarios with varying levels of greenhouse gas emissions and global warming. In these future scenarios, rainfall increased between 15 and 35 percent.