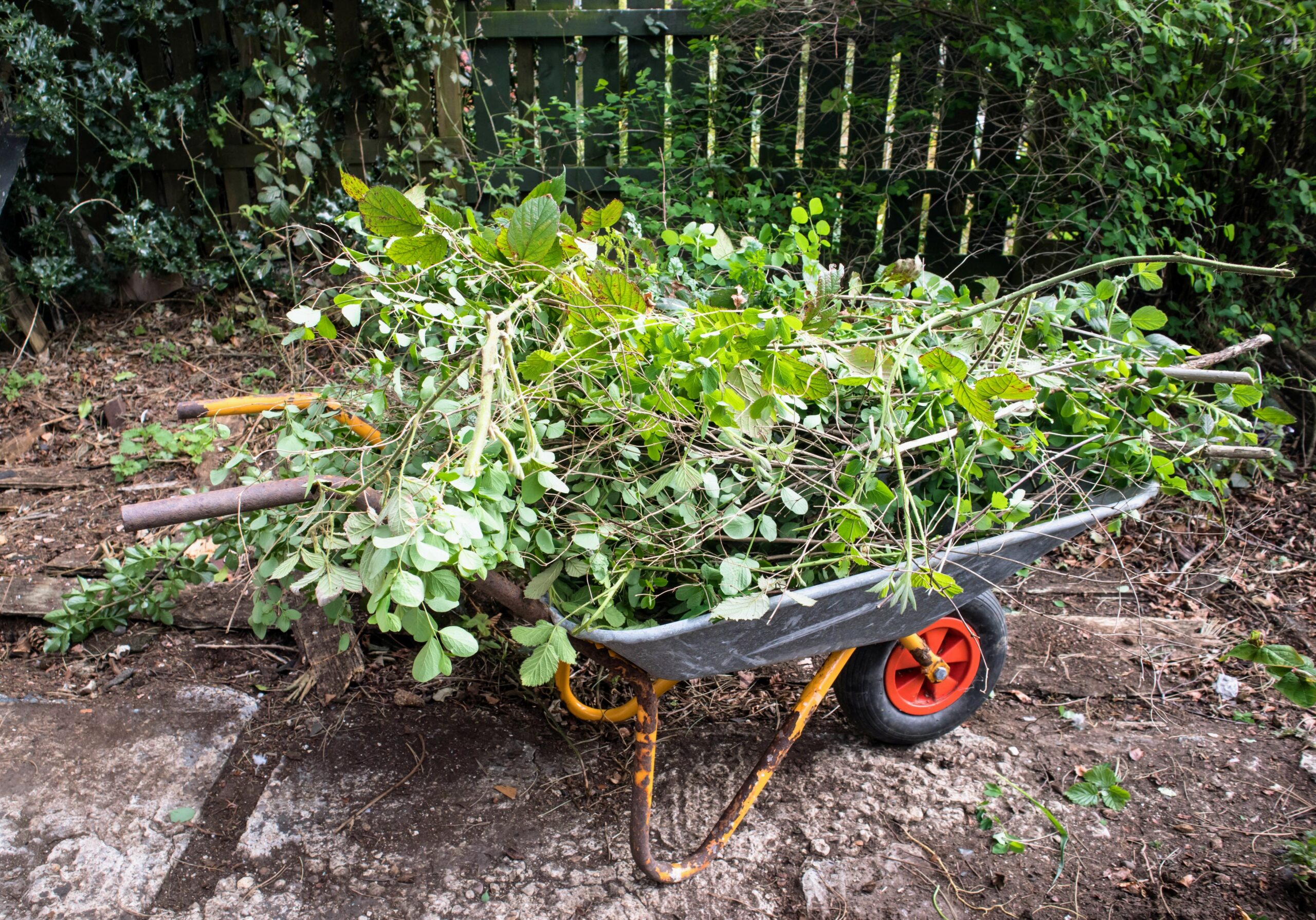 Scruffy yards are usually frowned upon and, especially in fall, people go to great trouble to collect up leaves and ‘tidy’ their gardens. Queues of trailers packed with garden waste are a familiar sight at recycling centers, as home owners work to keep control of their green space. But what if we saw garden waste differently – what if it had value left right there, in our back yards. According to Professor Per Gundersen of the University of Copenhagen, we would be making a useful contribution to both the climate and the biodiversity crisis if we simply left our garden waste where it falls.

Each year, Danes shuttle nearly a million tons of waste from their gardens to recycling depots, calculates Gundersen, who is a professor of forest ecology at the Department of Geosciences and Natural Resource Management. This consists mostly of leaves, twigs and branches, and it is all sorted and processed by municipal waste management systems. The largest branches and trunks are burned for bioenergy, while small branches, leaves and grass clippings are composted.

According to a simple modelling exercise carried out by Gundersen, leaving this waste to decompose in our gardens represents an opportunity to store large quantities of carbon, rather than delivering it back into the atmosphere as CO2 when the waste is burned.

“When garden waste is burned or composted by municipal waste schemes, CO2 is returned to the atmosphere very quickly. By keeping waste in the garden, the decomposition process is significantly slower, sometimes taking several years. In practice, this means that one builds up a larger and larger storage of CO2 in the garden in the form of twigs, dead branches and leaves that are left to decompose,” says Gundersen. “If everyone went all-in and learned how to manage their garden’s branches and twigs, for example, my calculations suggest that we could store about 600,000 tons of CO2 annually.”

In fact, when Gundersen deducts the utility that branches and trunks used for bioenergy in the current system provide, the CO2 storage potential of garden waste could meet about half of one percent of Denmark’s 70 percent reduction target for 2030. Additionally, leaves and twigs are a boon for backyard biodiversity as they provide a food source and diverse microhabitats for animals to inhabit.

“Leaves help nourish the garden as they feed an entire ecosystem of decomposers. From fungi, bacteria and tiny, invisible soil creatures to earthworms and roly-poly bugs, which help break down and metabolize organic material so that nutrients are released into the soil. These decomposers then act as important food for larger animals, like hedgehogs and birds,” explains Gundersen.

As microorganisms, worms and other decomposers use the leaves for food, they will convert the biomass into energy and release CO2 slowly as a consequence of respiration. It will take several years for the CO2 to be released into the atmosphere, in contrast to the rapid release due to burning. A portion of the gnawed leaves will also become soil humus, a common name for the organic material that enriches soil and is important for plant health.

“A high humus content in topsoil makes for a dark soil that has a good structure and retains water and nutrients well, which is important if you want garden plants to thrive,” explains Gundersen.

He suggests raking the fallen leaves into planting beds where vegetables are grown, or over to areas where you want to prevent the establishment of weeds. They can also be gathered in a part of the garden that you are willing to keep wild and allow to manage itself. By spring, a large portion of the leaves will have already disintegrated and returned into the invisible garden cycle. Leaves from linden and ash trees disappear quickly from gardens, while oak and fruit tree leaves are slower to break down, making them ideal for soil insulation around bulbous plants or vegetables, for example.

“Our gardens can contribute to both the climate and biodiversity crisis by harnessing more garden waste. I also think that it will lead to a little less gardening in the long run. And then it’s more fun, because there will be a greater abundance of life around the garden. We just need to dare to let go of control and make more room for nature by allowing for twigs and a few dead branches, for example,” concludes Gundersen.