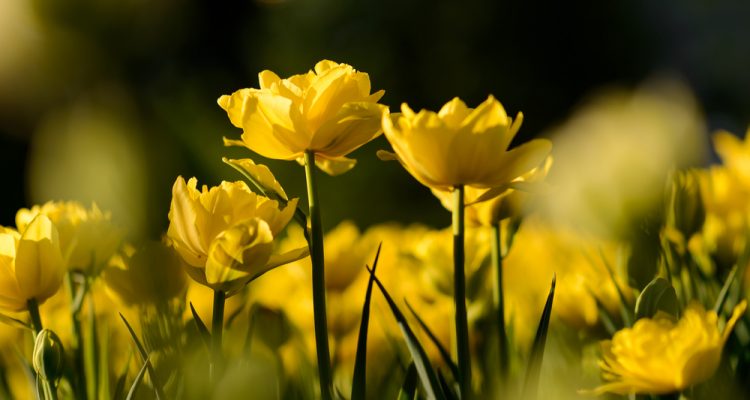 A gene network controls how flowers and plants grow, according to a new study.

A complex network of genes work together to determine how many branches and flowers plants develop – a finding that could affect crop production, according to scientists at the Cold Spring Harbor Laboratory, which conducted the research.

The study, led by Dr. Zachary Lippman, looked at the genetic code of plants in the nightshade family, which includes peppers, potatoes and tomatoes, among other major crops.

The scientists analyzed RNA sequences and discovered a complicated genetic network that controls when plants grow branches and flowers, how many branches and flowers grow and under what conditions, and what triggers this gene network to limit growth to fewer branches or flowers.

Lippman’s team looked at nearly 20,000 genes in five different nightshade species, taking a comparative genomics approach. They found about 300 that change at different points during meristem maturation – flower buds grow from the meristem, an actively growing area usually found at the tip of a shoot or branch.

The team published their findings in Genome Research.

The information helps to answer why some plants in the nightshade family are big producers, like tomatoes, while others only produce one or a few flowers.

Flower production is vital when it comes to growing crops like tomatoes. Each tomato comes from a single flower, so a plant with more flowers will produce more fruit. A higher number of branches supports more flowers.

In some flowering plant families, different species can be crossbred to isolate the genes that control flower production. However, plants in the nightshade family are not cross-compatible.

Though the study was limited to nightshade plants, Lippman believes the findings will translate to other plant families as well.

The scientists believe that a better understanding of how plant genetics control the number of stems and blooms on a plant will allow for the creation of plants that can produce more fruit.

However, they also found that using genetic manipulation to encourage a plant to produce as many flowers as possible can backfire. A modified tomato plant produced a large number of blossoms, but because it spent all its energy stores and resources on flowering, it was unable to produce a good yield of fruit, Lippman said.