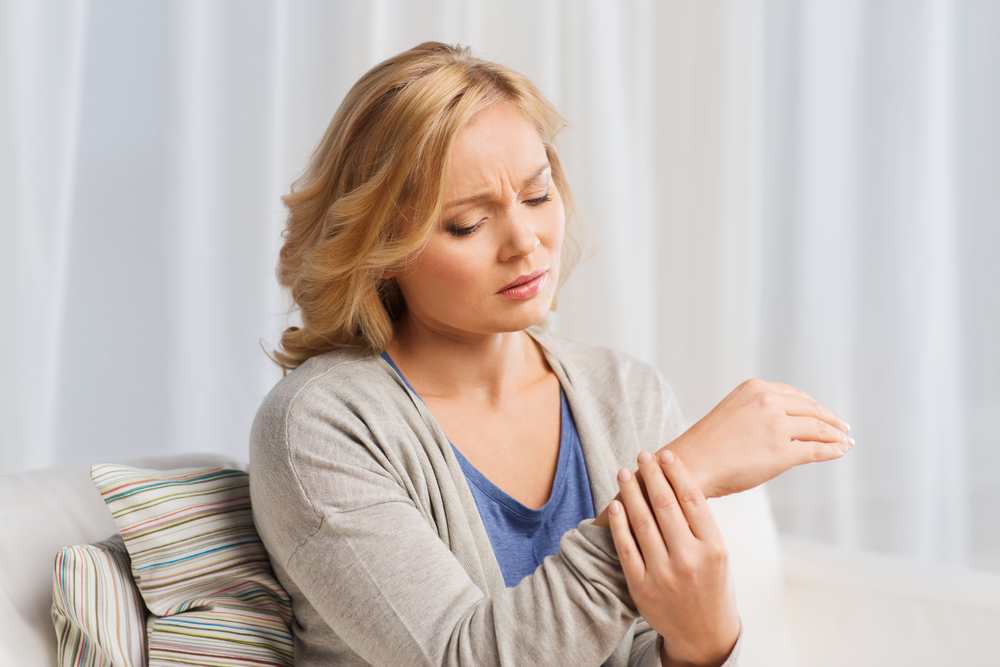 Genetic variant linked to arthritis may have helped humans survive

If you’re short or suffer from arthritis, you may have evolution to blame – at least, according to a new study of a genetic variant found in Asian and European populations.

A team of researchers from the Stanford University School of Medicine and Harvard University found that a genetic change associated with both shrinking height in humans and with painful osteoarthritis may have been favored by early humans as they migrated out of Africa.

The gene is rarely found in people living in Africa, but is common among people of Asian and European descent. Up to half of those populations have the genetic variant, researchers found.

“Because it’s been positively selected, this gene variant is present in billions of people, so even though it only increases each person’s risk by less than twofold, it’s likely responsible for millions of cases of arthritis around the globe,” said Dr. David Kingsley of Stanford.

But why? The weather might have played a role, the scientists speculate. More compact bodies can better withstand frostbite-inducing temperatures and make it through ice-induced falls with fewer injuries, the researchers said.

“It’s possible that climbing around in cold environments was enough of a risk factor to select for a protective variant even if it brought along an increase likelihood of an age-related disease like arthritis, which typically doesn’t develop until late in life,” Kingsley said.

In other words, despite the aching joints in old age, shorter people survived the climate outside of Africa better than tall, lanky, less arthritis-prone groups.

The researchers studied a gene called GDF5, which Kingsley and his team first linked to skeletal growth in the 1990s. In humans, mutations with the gene are linked to short stature and a 1.2 to 1.8 percent increase in risk of osteoarthritis.

“The potential medical impact of the finding is very interesting because so many people are affected. This is an incredibly prevalent, and ancient, variant,” Kingsley said. “Many people think of osteoarthritis as a kind of wear-and-tear disease, but there’s clearly a genetic component at work here as well.”