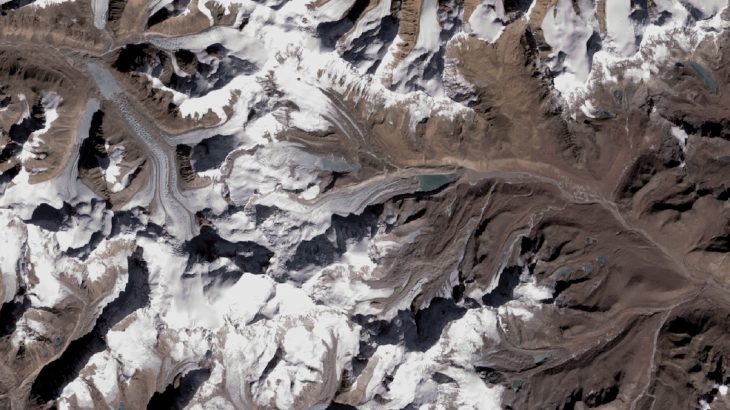 It would seem that as glaciers melt and lose mass, they would begin to flow more quickly. However, a new study based on 30 years of satellite imagery has revealed that this is not the case. The researchers have demonstrated that the rate at which thinning glaciers move through the mountains of Asia has actually slowed down.

The high-altitude ice fields across mountains in Asia hold the largest freshwater reserve outside of the polar regions, which is why this area is sometimes referred to as the “third pole.” Over 1.3 billion people in Asia depend on the 10 major river systems that are supported by the third pole.

Although satellite observations have shown that Asia’s high-mountain glaciers have been melting and losing mass for the last decade, it has remained unclear how this thinning affects the movement of the glaciers.

The purpose of the study, which was led by Amaury Dehecq from NASA’s Jet Propulsion Laboratory, was to gain a better understanding of what regulates the speed of glacial motion. This could help scientists predict how melting glaciers will impact fresh water supplies and sea-level rise.

The team analyzed nearly two million pairs of Landsat satellite images captured between 1985 and 2017 and used automatic feature tracking to measure the distance that the glaciers had moved. The results showed that the thinner the glacier, the slower it had flowed.

This slowdown can be explained, in part, by gravity. As a glacier loses mass, its gravitational pull is weakened. The scientists noted that in a few cases where glaciers had thickened, the rate of their motion slightly increased.

“What’s surprising about this study is that the relationship between thinning and flow speed is so consistent,” said Noel Gourmelen from the University of Edinburgh. “These findings should help us better understand how glaciers behaved in the past and better project their contribution to water availability and sea level as they respond to climate change.”

“Being able to monitor these remote regions from space over long periods of time is extremely important to understand what is happening. We also now have Europe’s Copernicus Sentinel missions, which also play a crucial role in this kind of monitoring.”