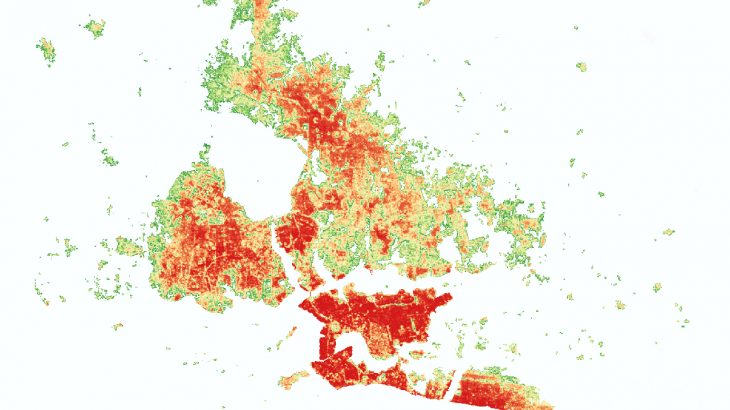 The world’s population of 7.5 billion people is expected to increase to 9 billion by 2050, and 70 percent of those people will likely be living in big cities and urban areas.

Cities offer employment opportunities and the potential to make more money, but rapid growth can limit living spaces and put a strain on infrastructure and city health and safety services.

With that many people flocking to urban landscapes, city planning will be crucial to ensure that pollution and waste are kept in check and that residents have access to proper sanitation, healthcare, and sturdy infrastructure.

One way to help city developers proactively plan for projected population growth is to map current human settlements and show how peak populated areas will change over time.

U-TEP’s high-resolution global map is based on 700,000 satellite images from the Copernicus Sentinel-1 radar and Landsat-8 which were taken from 2014 through 2015. 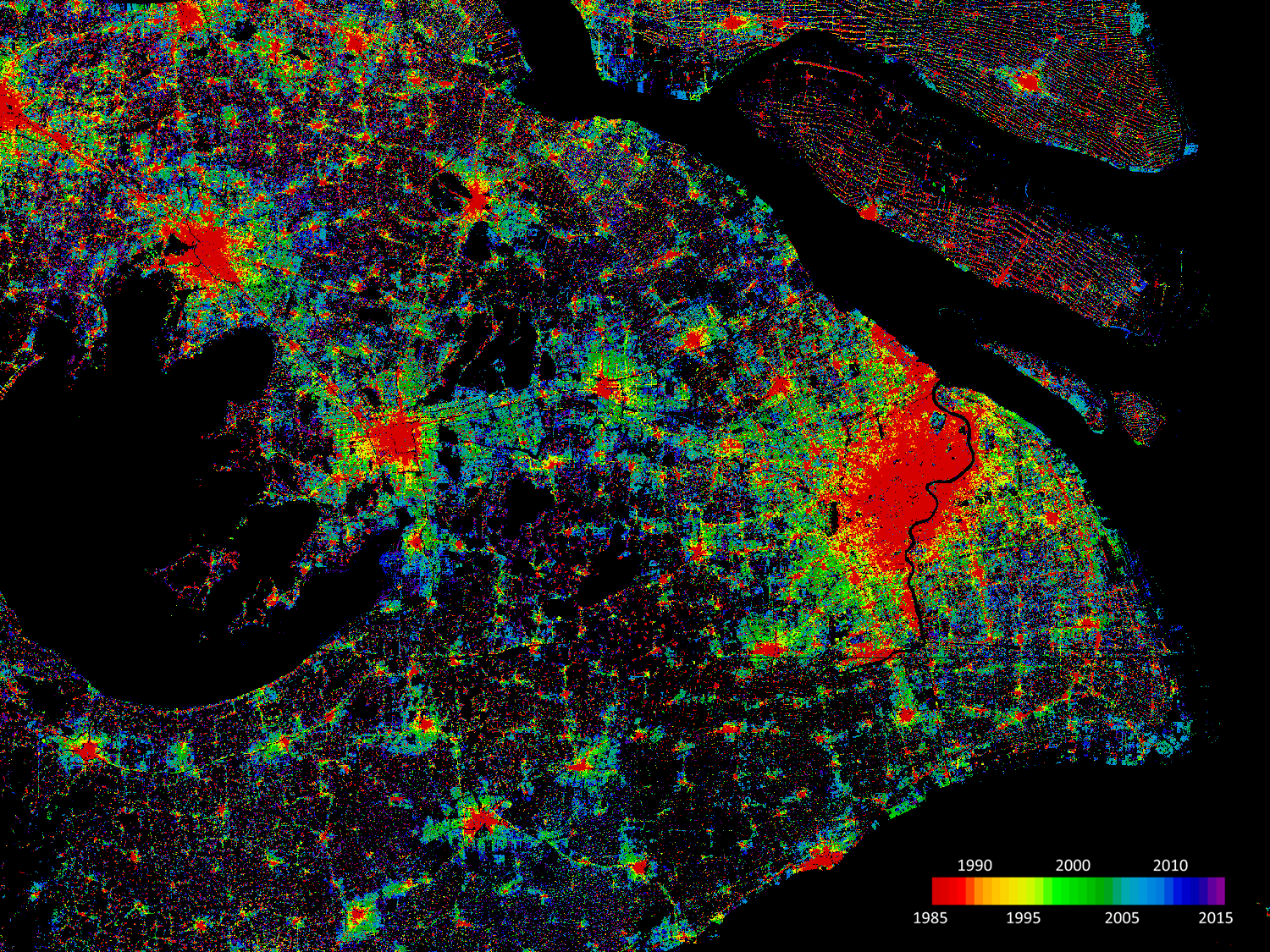 The World Settlement Footprint 2015 is the first global map of the world’s human populations, and U-TEP incorporated the WSF-2015 dataset into its Visualization and Analytics Tool to explore how factors like socio-economic statistics or social media use influence human settlement.

Having the data and map available in one space will be helpful for researchers, policymakers, and city planners not just in major cities but also in smaller communities.

The map is especially helpful for examining urbanization and human settlements in countries where little data has been collected.

“U-TEP will benefit from the new WSF-2015 data, particularly in view of services for more effective urban planning and service provision, enhanced risk analysis related to natural disasters, or improved assessment of human impact on ecosystems,” says Mattia Marconcini, who managed the WSF-2015 development at the German Aerospace Center.

The German Aerospace Center in collaboration with the Google Earth Engine Team is working on an extended version of the U-TEP platform, the WSF-Evolution, which will use six million satellite images to help model human settlement from year to year.

U-Tep is just one of seven Thematic Exploitation Platforms in development that will allow users access to large datasets based on satellite missions.