Global roads have fragmented the planet into 600,000 pieces • Earth.com 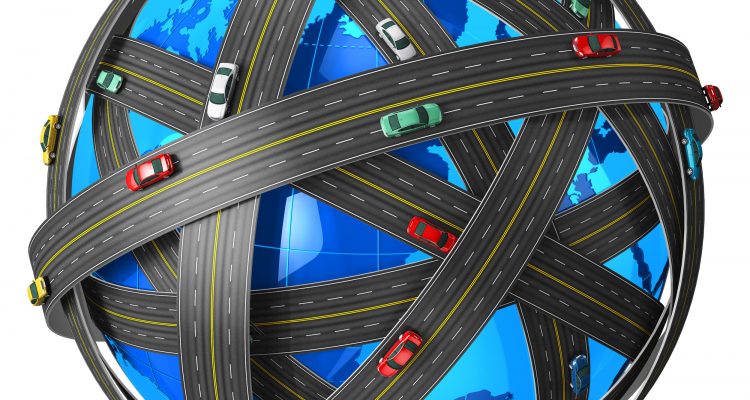 Global roads have fragmented the planet into 600,000 pieces

Millions of people use global roads every day to get to work, school, home, and everywhere else on the planet. But what people don’t realize is while these global roads are helping those on Earth, they’re harming the planet itself.

A recent study published in Science journal has found roads around the world have broken the planet into about 600,000 pieces – even the areas without any roads at all.

“About 80 percent of Earth’s terrestrial surface remains roadless, but this area is fragmented into [about] 600,000 patches, more than half of which are [less than] [.4 square mile],” according to the study.

Only seven percent of those areas are larger than 37 square miles.

Researchers who conducted the study found roads are “rapidly contributing to habitat degradation and species loss,” because the damage roads can cause extends about one kilometer from where the road physically lies.

The areas in need of protection are lacking in just that, researchers said, with only nine percent of the areas – the ones seen as “valuable” – having protection.

“In many cases [the valuable roadless areas] represent remaining tracks of extensive functional ecosystems, and are of key significance to ecological processes, such as regulating the hydrological cycle and the climate,” Pierre Ibisch, lead author of the study, told DailyMail.

Ibisch and his research team used datasets OpenStreetMap and gROADS, along with 282 publications that assess roads. The data encompassed information from 22 million miles of roads around the world – the best information available, even though the set is incomplete, researchers said.

The findings showed 600,000 fragments of land that had been separated by existing roads.

Roads can also cause problems within the surrounding ecosystems, like an interruption of gene flow in animals, an increase in pests, water contamination and soil erosion, researchers said.

Roads can also cause what researchers called “contagious development:” when existing roads inspires the construction of more roads.

“As roads continue to expand, there is an urgent need for a global strategy for the effective conservation, restoration, and monitoring of roadless areas and the ecosystems they comprise,” Ibisch said. “We urge governments to avoid the costly building of roads in remote areas, which would be ecologically disastrous.”