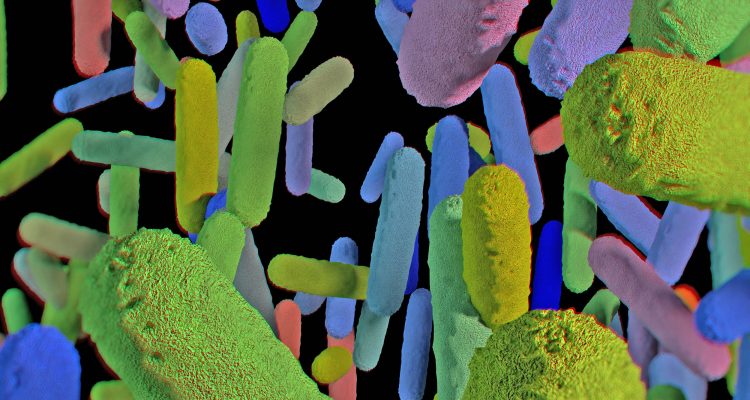 Byadmin
Earth.com staff writer
A new study shows that when heat-susceptible bacteria living symbiotically in the guts of insects are exposed to increased temperatures, both the bacteria and the insect are negatively impacted and can die. The study, reported online this week in the journal mBio®, illustrates another way global warming will wreak havoc on life as we know it, setting off deleterious chain reactions among organisms living in symbiosis.

Many animals and other organisms harbor microorganisms inside their body. Some insects, such as the southern green stinkbug (Nezara viridula), depend on specific gut bacterium for normal growth and survival.

In the new study, investigators demonstrated that when the southern green stinkbug was reared inside an incubator, in which temperature was controlled at 2.5 °C higher than outside, there was a significant reduction in the symbiont bacteria that sparked severe fitness defects in the insect (ie. retarded growth, reduced size). Global warming is predicted to raise the average temperature by 2.5 °C by 2100. At higher temperatures, no nymphs were able to reach the adult stage.

“Considering that many microbial symbionts are vulnerable to high temperature stress, such symbionts can be the Achilles’ heel of symbiont-dependent organisms in this warming world,” said principal investigator of the study Takema Fukatsu, PhD, prime senior researcher and leader, National Institute of Advanced Industrial Science and Technology, and a professor at the University of Tokyo and University of Tsukuba.

Dr. Fukatsu said that people should keep in mind that global warming might impact diverse organisms, not necessarily directly, but possibly indirectly via affecting unseen microbial associates. “Coral breaching, in which symbiotic photosynthetic algae of corals are killed by high temperature and coral reefs are severely damaged, is regarded as a serious environmental issue, but plausibly, similar phenomena may be ubiquitously found in the ecosystem,” said Dr. Fukatsu.

mBio® is an open access online journal published by the American Society for Microbiology to make microbiology research broadly accessible. The focus of the journal is on rapid publication of cutting-edge research spanning the entire spectrum of microbiology and related fields. It can be found online at http://mbio.asm.org.

The American Society for Microbiology is the largest single life science society, composed of over 48,000 scientists and health professionals. ASM’s mission is to promote and advance the microbial sciences.

ASM advances the microbial sciences through conferences, publications, certifications and educational opportunities. It enhances laboratory capacity around the globe through training and resources. It provides a network for scientists in academia, industry and clinical settings. Additionally, ASM promotes a deeper understanding of the microbial sciences to diverse audiences.