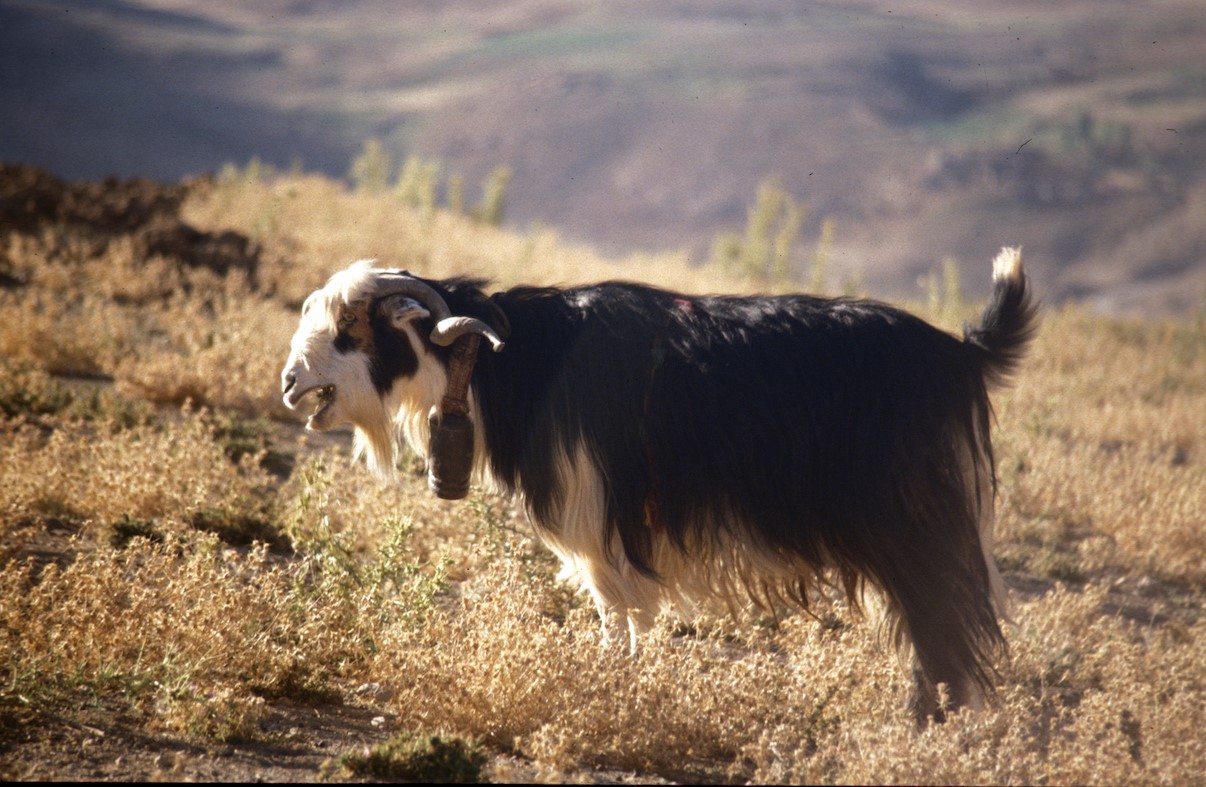 Goats were one of the first animals that early humans domesticated, kept close as a source of meat, milk, and hides. They have been a partner animal since 8,500 BC, with the earliest evidence of domestic goats being found in the Fertile Crescent region of Southwest Asia – the area where crop farming and animal herding first began. Now, a team of international scientists has sequenced the genomes of ancient goat bones found in this region, and their results give great detail into the 10,000-year history of local farmer practices involving genetic exchange between wild and domesticated herds, as well as selection by early farmers.

Prior to herding, local hunters would go after wild goats – known as bezoar – which ultimately led to the start of goat management and livestock keeping. But determining how early farmers practiced domestication is difficult due to thousands of years of migration and mixture.

“Just like humans, modern goat ancestry is a tangled web of different ancestral strands,” explains Dan Bradley, a professor at Trinity College Dublin and lead investigator of the study. “The only way to unravel these and reach reliably into the past is to sequence genomes from actual ancient animals; a kind of molecular time travel.”

The researchers used genetic data from more than 80 ancient wild and domestic goats, charting the initial patterns of domestication, and finding a surprising amount of genetic differentiation between goats throughout the Fertile Crescent and surrounding areas.

“Goat domestication was a mosaic rather than a singular process with continuous recruitment from local wild populations,” says Pierpaolo Maisano Delser, a research fellow at Trinity and joint first author of the paper. “This process generated a distinctive genetic pool which evolved across time and still characterizes the different goat populations of Asia, Europe and Africa today.”

This study was the earliest genetic discovery of the domestication process in human history. The findings show that – like modern breeders – early farmers were interested in animal appearance. “Whole genome sequences from the past allowed us directly analyze some of the earliest goat herds,” says Kevin Daly, a PhD researcher at Trinity and first author of the paper. “We found evidence that at least as far back as 8,000 years ago herders were interested in or valued the coat color of their animals, based on selection signals at pigmentation genes.”

Additionally, they found distinct but parallel patterns of this selection in various early herds, which shows that this was a repeated phenomenon. Other evidence points towards animals being selected for liver enzymes that gave better tolerance to toxins, potentially from fungus growing on food, as well as production traits such as fertility and size.