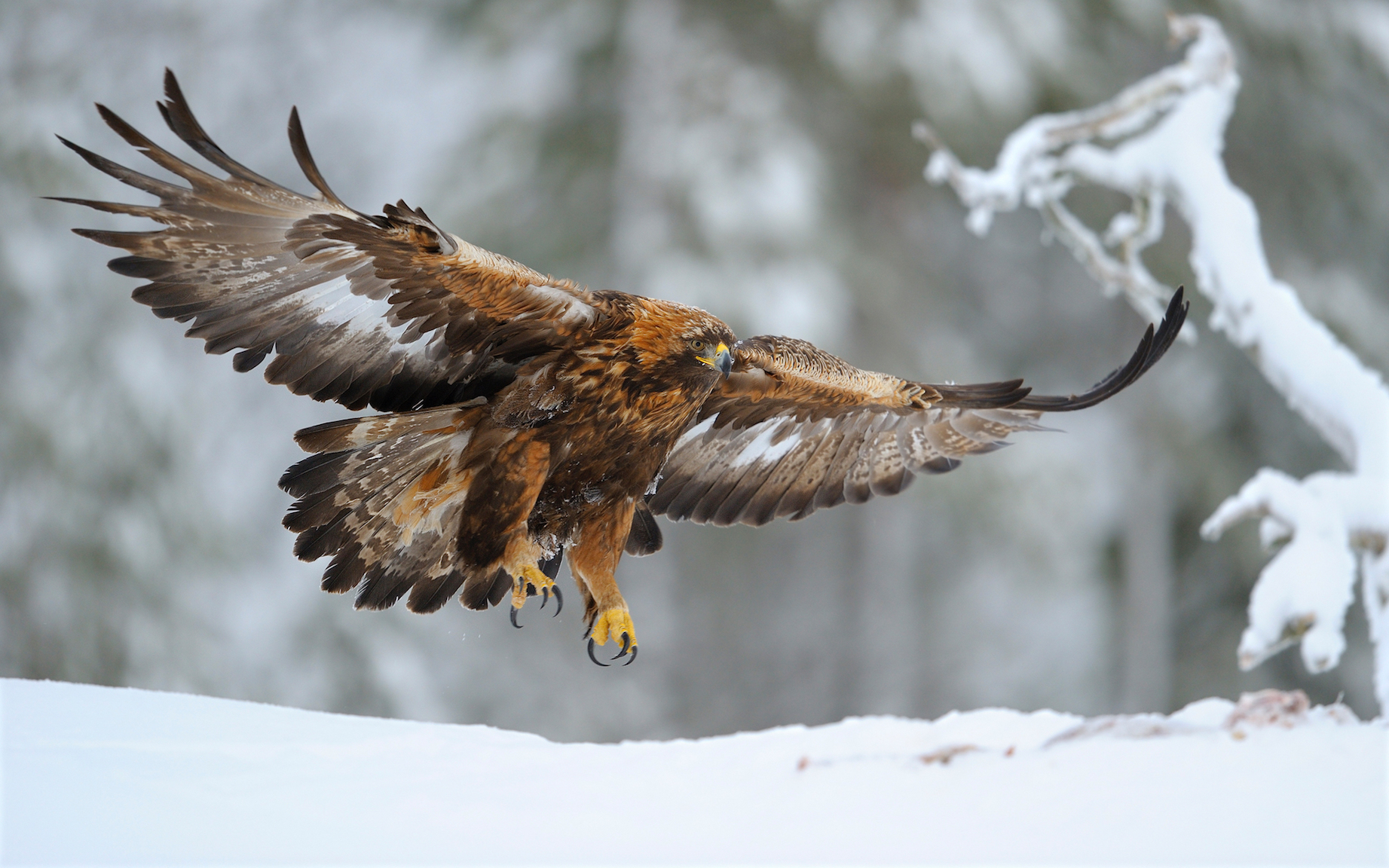 Golden Eagles migrate through stormy weather to hold their turf

In a new study from The Auk: Ornithological Advances, researchers reveal that older, more experienced Golden Eagles will actually migrate in poorer weather conditions than their younger counterparts. While it may seem like these savvy veterans of the migration game should know better, there’s actually a good reason behind this.

The data revealed obvious connections – such as increased speed and distance when an eagle encountered strong tailwinds or helpful thermals. However, it also showed that older eagles were unable to cover as much ground as younger eagles, despite their better experience. What they found was that older eagles tended to migrate in poorer weather and travel more slowly.

Although this may seem rather odd, the researchers believe they do this because these older birds are facing different pressures than the younger birds. They begin heading north earlier than the younger birds that aren’t breeding – most likely so they can get back to their breeding grounds in time to reclaim their territory and begin nesting.

Katzner explains this thinking, saying, “Younger eagles just need to survive the summer, so they can be choosy about when they travel north and only migrate when conditions are really ideal for fast soaring flight.”

According to Jeff Kelly, an expert on avian migration at Oklahoma University, this study is “an unusual demonstration of the interaction between migration experience and seasonal environments.” He believes that “It is likely that the migration experience that older birds have enables them to extend their summer season through early spring and late autumn migration despite declining atmospheric conditions.”

Scientists agree that this research helps to expand understanding of life history trade offs, especially relating to the annual cycle of migrant species.