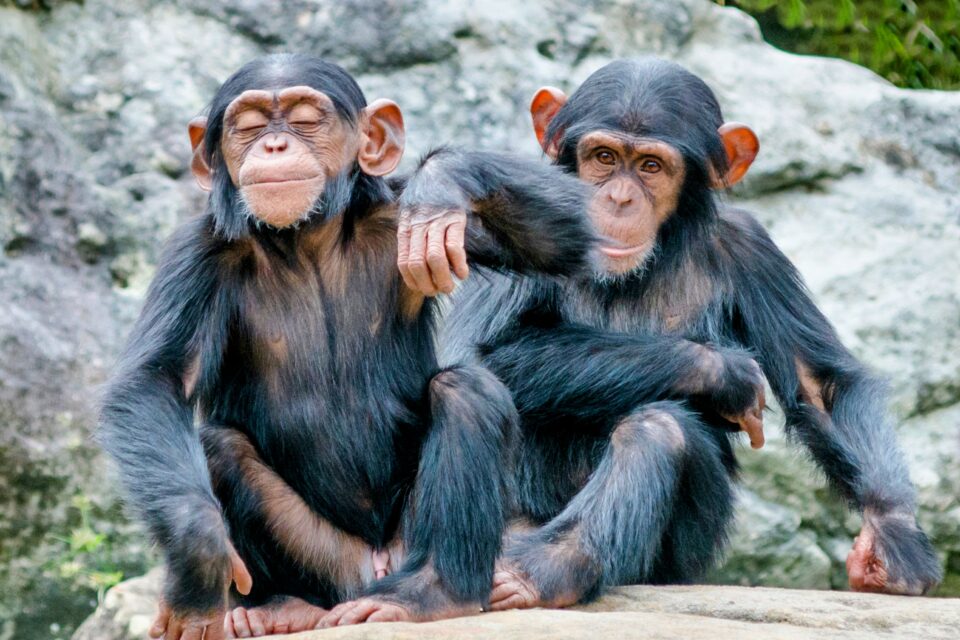 Apes use signals to start and finish their social interactions, much like people say hello and goodbye, according to a new study published by Cell Press. This behavior has never been documented in any species other than humans.

The researchers discovered that dynamics such as social status influence the communication efforts that apes use during their interactions – a pattern that is similar to human politeness.

“We were able to launch rockets and land on the moon because we have the ability to share our intentions, which allows us to achieve things so much bigger than a single individual can achieve alone. This ability has been suggested to be at the heart of human nature,” said Raphaela Heesen, a postdoctoral researcher at Durham University in the United Kingdom.

Humans work together to achieve common goals, and this mutual sense of obligation is known as joint commitment. Through observations of great apes, Heesen and her team have uncovered evidence which suggests that joint commitment is not unique to humans.

In previous studies of joint commitment, children protested when an adult abruptly stopped playing with them. By offering toys and using vocalizations, the children tried to re-engage the adult in playtime.

The researchers noticed a similar exchange between two bonobos. When the animals were interrupted during a grooming session, they used gestures to resume the grooming.

The experts set out to investigate when joint commitment first appeared in the human lineage. They propose that joint commitment is not solely based on the feeling of obligation to fulfill a shared promise, but also involves the process of setting up the agreement and mutually deciding when the agreement has been fulfilled.

This could be something as simple as initiating an interaction by saying “hello,” and wrapping it up with “goodbye.” If great apes have a similar entry and exit process in their social interactions, this would demonstrate the process of joint commitment, according to the researchers.

The study was focused on 1,242 interactions within groups of bonobos and chimpanzees. The experts found that the apes did, in fact, frequently gaze at and communicate with each other to initiate and finalize social interactions.

Exit signals were found to be even more common – they were used during 92 percent of bonobo and 86 percent of chimpanzee interactions. The entry and exit signals included touching each other, holding hands or butting heads, or gazing at each other before and after grooming or playing.

Interestingly, the observations revealed that the closer bonobos were to each other, the shorter the duration of their entry and exit phases, if they even used signals at all. This is similar to how we, as humans, communicate with others, explained the study authors.

“When you’re interacting with a good friend, you’re less likely to put in a lot of effort in communicating politely,” said Heesen. She noted that while this study is a step forward, further research is still needed to understand the origin and evolution of joint commitment.

“Behavior doesn’t fossilize. You can’t dig up bones to look at how behavior has evolved. But you can study our closest living relatives: great apes like chimpanzees and bonobos,” said Heesen. “Whether this type of communication is present in other species will also be interesting to study in the future.”