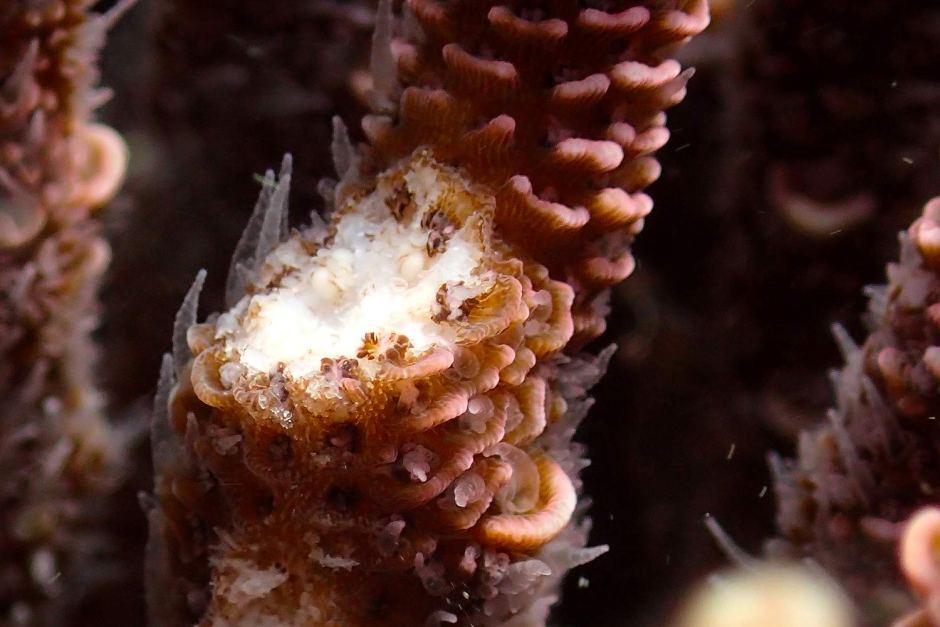 This discovery could have positive implications for reef recovery worldwide as the impact of global warming becomes more severe.

Tiny coral eggs were found in bleached coral in the Great Barrier Reef, surprising a survey team from the Australian Institute of Marine Science.

“We traveled to 14 reefs between Townsville and Cairns, including Fitzroy Island where we saw surviving coral producing eggs, which was not expected at all,” said Dr. Neal Cantin, the leader of the project and part of the coral bleaching response team.

Not only did the researchers find coral eggs that indicate a quicker recovery rate than supposedly thought, but also that parts of the Great Barrier Reef have grown back after bleaching, even gaining their original colors.

Stone coral spawning is one of the most impressive events in the natural world. According to the National Oceanic and Atmospheric Administration (NOAA), coral colonies release both their eggs and sperm at the same time once a year in sync with the lunar cycle.

The NOAA describes the event as “an underwater blizzard with billions of colorful flakes cascading in white, yellow, red, and orange.”

After fertilization occurs, coral larva called planula float for a while before sinking to the seafloor to attach itself to already matured coral and grow at a rate of approximately four inches a year.

Cantin and his research team will take some of the eggs they discovered in the Great Barrier Reef and test to see if they can be fertilized, which is projected to happen in December.

This discovery brings hope to coral colonies who have undergone bleaching events, showing that recovery is possible and may happen at a quicker rate than scientists previously thought.