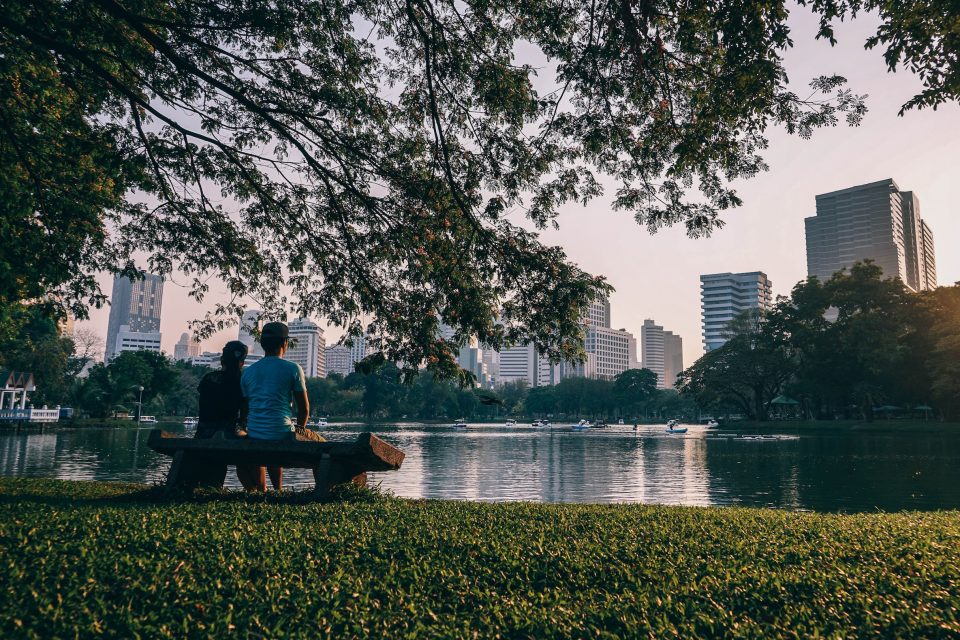 Spending time in nature has been shown to benefit health and well-being.

Now, the first study of its kind has found that a visit to a city park helps improve mood and can make people feel as happy as they do on Christmas.

Researchers from the University of Vermont conducted the research and discovered that a mood boost from a visit to a city park lasted up to four hours.

“This is the first study that uses Twitter to examine how user sentiment changes before, during, and after visits to different types of parks,” said Aaron Schwartz, the leader of the research.

The researchers used data from Twitter and reviewed hundreds of tweets per day posted by people across 160 parks in San Francisco over three months.

“We found that, yes, across all the tweets, people are happier in parks, but the effect was stronger in large regional parks with extensive tree cover and vegetation.” said Schwartz.

The researchers used a hedonometer, an online tool developed by researchers at the University of Vermont and the MITRE Corporation. The hedonometer has been analyzing tweets for over ten years.

For this study, the researchers used words ranked as happy on a scale of one to nine from the hedonometer to assess the average happiness score of tweets posted from parks.

“Then, working with the U.S. Forest Service, we developed some new techniques for mapping vegetation of urban areas–at a very detailed resolution, about a thousand times more detailed than existing methods,” said Jarlath O’Neil-Dunne, a co-author of the study. “That’s what really enabled us to get an accurate understanding of how the greenness and vegetation of these urban areas relates to people’s sentiment there.”

Tweets from parks were happier by .23 points on the hedonometer scale, the equivalent of the mood boost on Twitter during Christmas Day.

The researchers can’t say for sure why city parks have the mood-elevating impact they do, and the study notes that Twitter data is not a representative sample of the population. Still, tweets are offering new insights for scientific studies on the mood and emotions of large groups of people.

“Being in nature offers restorative benefits on dimensions not available for purchase in a store, or downloadable on a screen,” said Chris Danforth, a member of the team that created the hedonometer. “While we don’t address causality in our study, we do find that negative language–like ‘not,’ ‘no,’ ‘don’t,’ ‘can’t,’–decreased in the period immediately after visits to urban parks, offering specific linguistic markers of the mood boost available outside.”

The study, published in the journal People and Nature, adds more evidence proving the benefits of urban green spaces and could help inform city planning in the future.