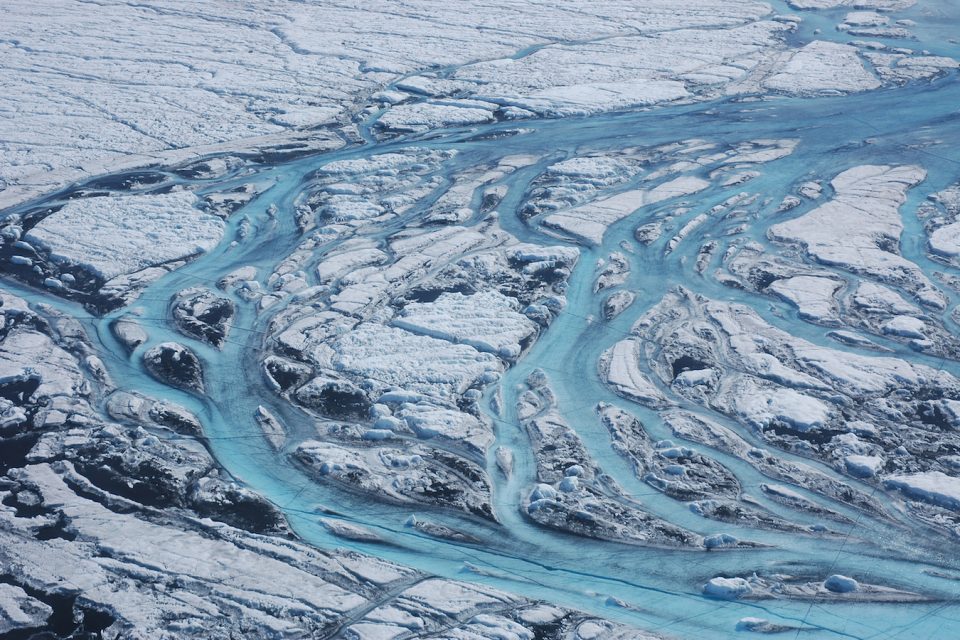 Sea ice and ice sheet loss are some of the biggest drivers of sea level rise, and nowhere on Earth is ice loss as rampant as it is in Greenland.

Now, a new study found that surface melting across the Greenland’s thick ice sheet is happening at an “unprecedented rate” and won’t be slowing down any time soon.

Measurements of ice loss depend on satellite images, but these only go back so far and don’t provide a complete picture of the impacts of climate change.

Researchers from the Woods Hole Oceanographic Institution analyzed ice core samples to map ice loss and melting rates dating back as far as the 17th century in Greenland.

The results, published in the journal Nature, show that surface melt across Greenland increased during the 19th century and took off in the 20th and 21st century.

“From a historical perspective, today’s melt rates are off the charts, and this study provides the evidence to prove this,” said Sarah Das, the co-author of the study. “We found a fifty percent increase in total ice sheet meltwater runoff versus the start of the industrial era, and a thirty percent increase since the 20th century alone.”

Over half of the ice melt contributing to sea level rise from Greenland comes from snow and ice runoff which the researchers found does not bode well for future sea level rise.

“Rather than increasing steadily as climate warms, Greenland will melt increasingly more and more for every degree of warming,” said Luke Trusel, the lead author of the study. “The melting and sea level rise we’ve observed already will be dwarfed by what may be expected in the future as climate continues to warm.”

Measuring the runoff rates of surface melt is difficult because at lower elevations once ice melts and runs into the ocean, there’s no record of the melt left. However, higher up, surface melt quickly re-freezes and leaves tightly packed layers chronicling the rates and levels of sea ice melt over a long period.

The researchers took core samples of Greenland’s ice sheet at elevations over 6,000 feet above sea level.

After drilling for the samples, the ice cores were taken back to several labs and analyzed to help determine the thickness and age of each of the core’s layers. Thicker layers coincided with warmer years and higher rates of melting, and thinner layers suggested less surface melting.

The researchers combined the core sample data with satellite images which helped confirm how quickly surface melt had sped up over the years.

“We have had a sense that there’s been a great deal of melting in recent decades, but we previously had no basis for comparison with melt rates going further back in time,” said Matt Osman, a co-author of the study. “By sampling ice, we were able to extend the satellite data by a factor of 10 and get a clearer picture of just how extremely unusual melting has been in recent decades compared to the past.”

Minimal warming is required to cause significant increases in surface melting, according to the study. The researches worry that as climate change continues, it will only speed up ice sheet loss and drastically impact sea level rise.