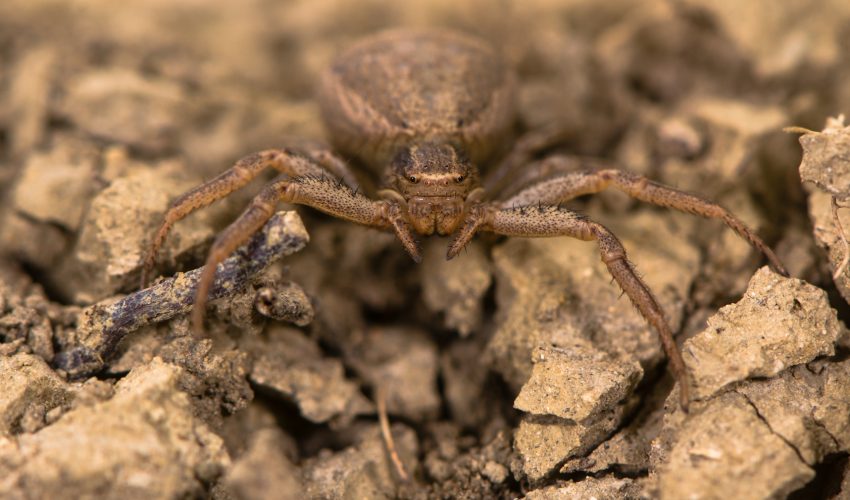 While most spiders sit and wait for insects to blunder into their webs, ground spiders actively ambush their prey, snaring them with a special type of piriform silk, a new study says.

The ground spiders even pick fights with larger insects, according to the study.

“The attacks can be very quick; it can be hard to distinguish what is going on,” said researcher Jonas Wolff of Macquarie University in Australia.

Slowing the film down, Wolff saw that the ground spider attaches silk to the floor of the enclosure before running quickly around its prey, producing a trail of sticky thread that dried quickly, ensnaring the victim’s legs.

The silk produced by the Drassodex spider is extremely tough, capable of withstanding 750 times the stresses that artificial glues can endure, the study found.

The spigots through which piriform silk is expelled are much larger than those of other species. This enables the spider to eject a thick layer of glue at high speed in order to overwhelm victims that may lash out and injure them, the study said.

The spiders also have have a unique anti-clogging mechanism, the researchers found. The spigot remains closed until just before they deploy the silk, when the fluid pressure in the spider’s body rises and the spigot pops open.

“This is a textbook example of a trade-off, where a highly efficient prey capture mechanism has evolved at the cost of reduced thread attachment, which is a basic function in all spiders,” Wolff said.