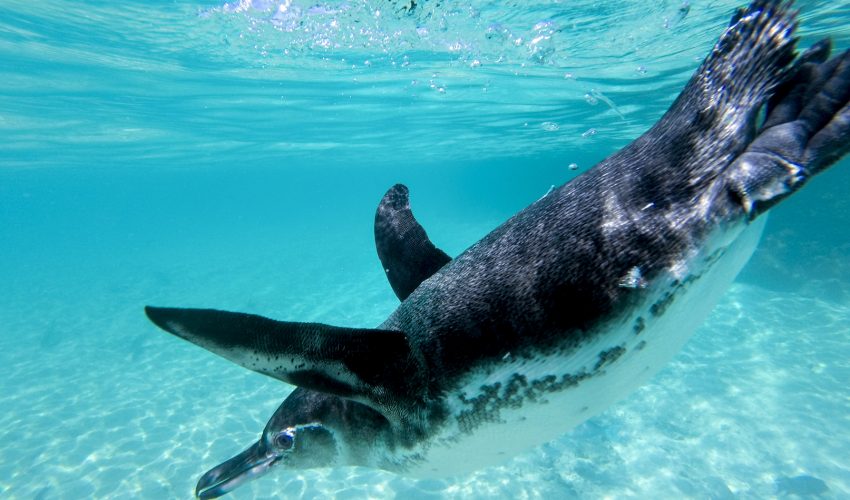 Human millennials get a lot of flack these days for still getting financial support from their parents well into their 20s. But it turns out that they’re certainly not the only ones! According to a recent study, Galapagos penguins who have already left the nest still sometimes turn to their parents for supplemental food and nourishment.

The study was performed by researchers from the University of Washington who studied five different instances of penguin-parent relationships in the wild from February 2006 to July 2015.

According to their research, the parent penguins are much more likely to oblige to their offspring’s requests when food is bountiful.

“Through field seasons over the years when we were observing penguin behavior in the Galapagos Islands, we saw these isolated instances of adults feeding individuals who had obviously fledged and left the nest,” said Dee Boersma, a biology professor at the University of Washington who led the study. “And now we’ve collected enough field observations to say that post-fledging parental care is a normal – though probably rare – part of Galapagos penguin behavior.”

The team observed that the grown offspring would wait on the beach for their parents to return from the water and ask for food using vocalizations. Although some parents would ignore the requests, others would regurgitate food for their offspring. Often times, this would depend on how much food was available.

“When climate patterns are ideal, ocean currents bring plenty of fish to the Galapagos for the penguins,” said Boersma “But when you get a strong El Nino, the adults struggle to feed themselves and meet the energy demands of their own bodies. Galapagos penguins have adapted themselves not to the seasons, but to the whims of the bounty of the ocean.’