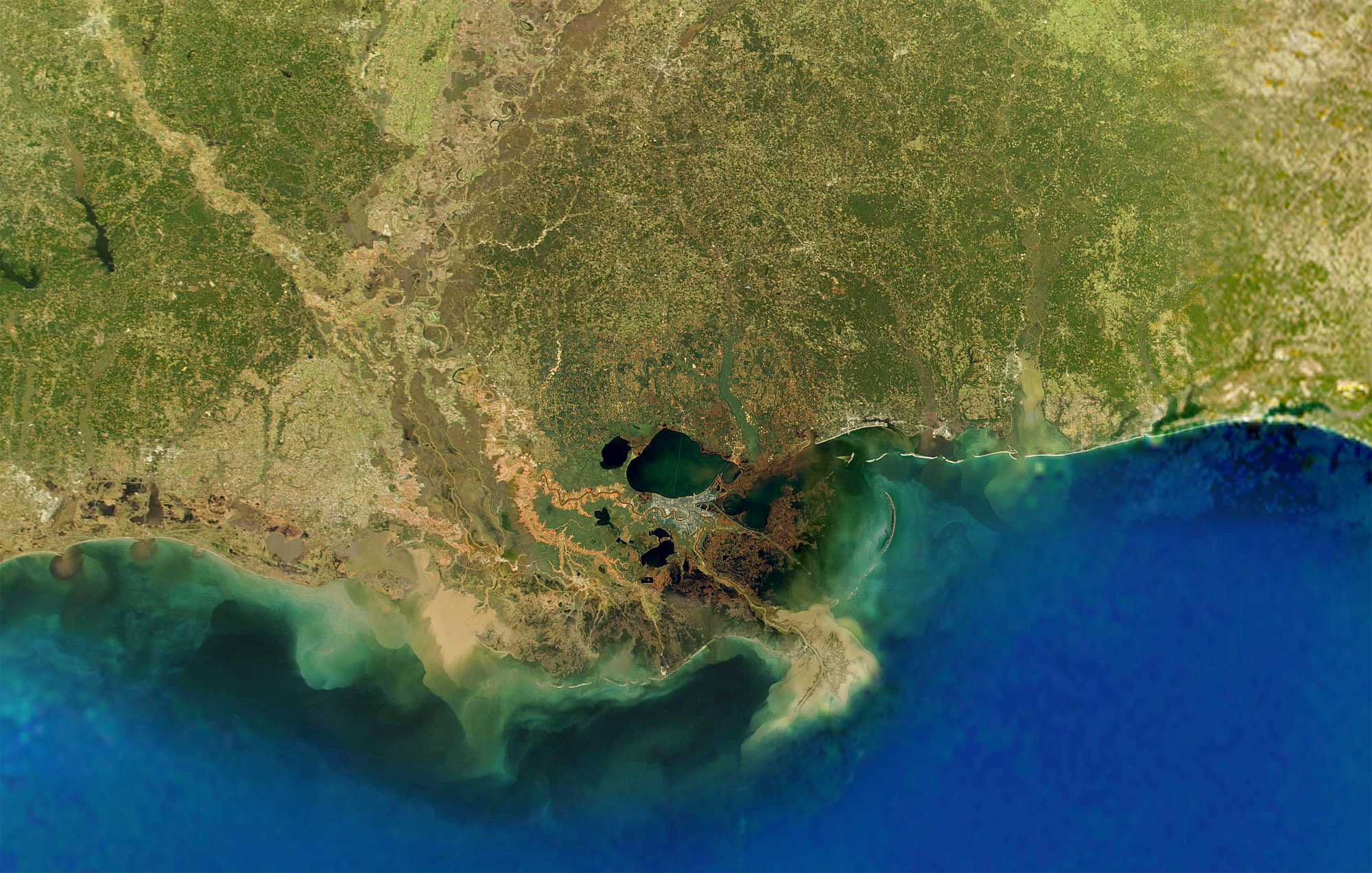 Gulf Waters Eating Away At Small Towns Outside Of New Orleans Levees. Rocky Morales is watching his small Louisiana town of Delacroix slowly melt into the water. The woods where he played hide-and-seek as a boy are gone. It’s all water and mud back there now. So, too, is the nearby marsh where townsfolk once trapped for muskrat, otter and mink.

Many of the fishermen who once lived here – his friends and relatives – have disappeared as well, fleeing behind the levees protecting New Orleans out of fear one more hurricane will send the rest of Delacroix into the sea. Gulf Waters Eating Away At Small Towns Outside Of New Orleans Levees

Ten years after Hurricane Katrina ravaged the Gulf Coast – killing more than 1,830 people and causing more than $150 billion in damage in the nation’s costliest disaster – New Orleans has been fortified by a new $14.5 billion flood protection system. But outside the iconic city, efforts have lagged to protect small towns and villages losing land every year to erosion. And as that land buffer disappears, New Orleans itself becomes more vulnerable.

In the past century, more than 1,880 square miles of Louisiana land has turned into open water – an area nearly the size of Delaware. And the loss continues, with an average 17 square miles disappearing annually, according to the U.S. Geological Survey. Gulf Waters Eating Away At Small Towns Outside Of New Orleans Levees

“We’re losing the cultural fabric of south Louisiana,” said Jessica Schexnayder, a researcher with the Louisiana State University Sea Grant program. “It’s not just whether the land will disappear, it’s about when it’s going to be gone.”

Hurricanes speed that up and Morales, one of the few remaining fisherman living here, knows another Katrina could be the end of Delacroix.

“It will run us all inside the protection levees,” the 51-year-old crabber and shrimper said from his perch on his 16-foot-high front porch.

Neighboring homes stand either on massive stilts that lift them two stories above ground or sit on wheels that would let them flee before a new storm.

Mud flats and open water extend into the horizon.

“All that was solid land. There weren’t all these lakes,” Morales said. “Katrina tore it all up.”

Loss has been a dominant theme since Hurricane Betsy clobbered New Orleans on Sept. 9, 1965, flooding many of the same places Katrina did 40 years later. Scientists say many factors – most of them man-made – have caused the rapid loss of wetlands.

There’s sea-level rise (estimates of 3 feet or more in the next century), the natural sinking of the delta (about 1 inch a year in places), ongoing damage from oil drilling (more than 10,000 miles of oil canals crisscross the coast), and repeated hurricane damage (six hurricanes have ravaged Louisiana’s coast in the past decade).

Add to that: clear-cut logging that wiped out the swamp forests at the end of the 1800s, oyster dredging that ruined a delta-wide reef world, the spaghetti-like network of gas pipelines and wetlands loss due to urban development.

“The best hope for these communities, and this includes New Orleans, is getting behind a very aggressive delta restoration program,” said Jim Tripp, a senior counsel for the Environmental Defense Fund who sits on panels exploring coastal restoration plans.

Since the early 1990s, the government has spent billions on coastal works to slow land loss, but the Gulf inexorably advances.

Katrina itself caused about 190 square miles of land erosion in just days, the loss of an area bigger than New Orleans itself.

Since then, Louisiana has sought to ramp up efforts to save the coast. It established new agencies focused on coastal restoration, launched pilot projects to reclaim open water by pumping in mud and developed a 50-year, $50 billion master plan to reverse land loss.

None of it has worked so far.

Along the 150-mile-wide delta, people are leaving generations-old homesteads and moving behind the newly fortified levees.

Since Katrina, Henry Martin, a 71-year-old dock and boat owner in the fishing town of Hopedale, has been running his seafood business out of 18-wheeler trailers where he stores tools, piles of oyster sacks and paperwork. When a hurricane threatens, he drives his business out of danger.

“This is dead for sure,” he said of his bayou town, which has been largely abandoned by its residents.

Some say Louisiana can’t win its fight with the sea.

“You have got to retreat,” said Edward P. Richards, a law scholar at Louisiana State University who specializes in disasters.

Scientists say Katrina was especially destructive because of the disappearance of all the buffer land, which helped keep a deadly hurricane that landed a century ago from flooding New Orleans.

Out beyond New Orleans’ new flood protection system, the fight for survival is a daily reality.

Lester Ansardi, a 66-year-old crabber who moved behind the floodwalls, points to the rising height of the stilts that Delacroix houses sit on to avoid flooding.

“When we grew up, there were no houses higher than 10 feet off the ground,” Ansardi said. “After Betsy houses went up 12 foot. Now, they’re 20 feet high.”

Morales and his family aren’t giving up.

“Only one way he’s going to leave, is when they force him to leave,” Suzie Guidroz, his longtime companion, said as the couple went for a spin in his white shrimp boat.

Morales smiled as he steered past docks, nets, boats and fish splashing in the bayou, darkening to an emerald green in the sunset. “I guess the water’s in the blood,” he said.

He waved to an uncle living in one of the 12 houses left in Delacroix, a town settled by Canary Islanders in the late 1700s.

When he was a kid, about 500 people lived in Delacroix. Each evening, people would gather to talk, he said.

“You don’t have that anymore. Now they’re all up the road more,” he said.